Watching the watchers: a look at Nova Scotia’s secret film raters, and discovers a possible reason our choice of films at the multiplex is limited. 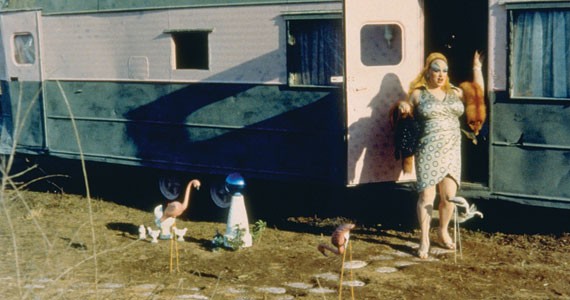 If you wanted to know anything about the people who classify films for audiences in Nova Scotia---whether they're parents or singles, young or old, heathens or pearl-clutchers---you're plum outta luck. We're allowed to know the names of the 17 appointees to the Maritime Film Classification Board, but not much else about them. As Service Nova Scotia and municipal relations spokesperson Susan Tate explains, this is due to privacy concerns---but she won't elaborate as to what those concerns are.

Shrouding the biographies of public appointees is not a typical practice. (Bios are released for new Human Rights commissioners and Film Nova Scotia board members, for example.) However, this secretiveness falls in line with the US classification board---the Motion Picture Association of America--- which withholds its members' identities altogether.

How candidates are selected for the job is also vague. There are no formal qualifications required to distinguish between brutal violence and extreme violence, or explicit sexual content and just regular ol' sexual content. The province says they aim to pick people from around the region and the only official job requirement is open-mindedness.

For filmmakers, a high rating can be a hurdle that makes their movies less marketable---an NC-17 (similar to our R rating) is known in the US as "the kiss of death." Films with these ratings are sometimes barred from studio-owned theatre chains or their ads are rejected by newspapers. (The last high-profile NC-17 film to open wide was Shame, rated 18A here, which is less severe than our R: R means no entry for anyone under 18, while 18A means no entry for anyone under 14, but kids over 14 can go with an adult.)

This region's classifiers were once remarkably restrictive, outright banning the 1978 rape revenge film I Spit On Your Grave for 20 years, and John Water's 1972 film Pink Flamingos---an embargo that lasted until 1997. That same year, the MFCB banned Angelica Houston's critically acclaimed directorial debut, Bastard Out of Carolina. The film about a child's experience with sexual abuse was deemed "disturbing" by the board. They reasoned that the rape scenes went "beyond acceptable community standards." The decision sparked an outcry and they eventually conceded, allowing a video release.

"It's a relic," says Ron Foley MacDonald, the film curator with the Dalhousie Art Gallery who tussled with the board in the '90s and won an exemption to screen art films without their prior approval. "They essentially replicate the MPAA ratings that come out of Hollywood," he says.

"The MPAA ratings are actually not similar," says Tate, explaining that US ratings are more restrictive than the MFCB's. The MPAA has a reputation for being conservative about sex, homosexuality and female pleasure, while being fairly liberal about violence. But MacDonald says doesn't take issue with the classifications themselves anymore---now that anyone can easily access films through Netflix, OnDemand, or downloading. He says the ratings are a concern of the past.

"The reality is that the censor board can't actually censor anything anymore, the only thing they can actually do to act on an objectionable title is to not issue a classification. But that's a moot point, because their effect is that literally hundreds of films do not come to be shown here," he explains, saying the cost to distributors is the real restriction.

It costs $3.64 per minute to have a theatrical release or adult film classified in the Maritimes, rounding out to about $500 for the average film.

"When people complain about films not coming here, this is one of the reasons," says MacDonald. "In fact, it's one of the biggest reasons, because distributors simply will not deal with the hassle and the money."

The province doesn't see the fees as restrictive. "We have not heard that as a complaint," says Tate. "Also, once a film is released on DVD it is rated at a lower cost, a fixed $36.53, so there is always that option for the producers and the public."

Each classifier earns $50 per half-day, plus expenses. DVDs are generally rated by one person and theatrical releases are reviewed by a group. The film classifiers are also liquor and gaming inspectors.

The MFCB rated 1,878 titles this past year, including older films such as Anna Karenina (1948) and Buster Keaton films (1920-1926) along with multiple seasons of old television shows such as Bonanza and Dragon Ball Z.

John Hamm's Tory government toyed with the idea of a national board merger, sending the minister responsible to Alberta to discuss it with other English-speaking boards. Nothing came of it.

Classification is a money-maker for the province: $56,940 was paid in honouraria to the raters last year but screening fees to distributors brought in $123,948. The department couldn't break down any other expenses.

Current finance minister and then-opposition NDP MLA Graham Steele---who did not respond to The Coast's request for comment---criticized the non-transparent selection process of appointees in the legislature during a Human Resources Committee meeting in 2002.

"As well, there is the usual problem that we have no real information before us to explain why these particular people were picked out of the 42 applicants. Do I, as a member of the legislature, have any idea why these people are selected as the best qualified for this job? No, I am not given the information that would allow me to make that judgment," said Steele, who put on the record that he abstained from the vote to bring in the classifiers selected by the PC government.

In 2007 NDP MLA Howard Epstein criticized the board for reflecting poor racial and age diversity and offering automatic re-appointments.

Today, under an NDP government, the public still doesn't know the age diversity, background or experience of the classifiers. The ambiguous selection process Steele criticized remains in place.

Here are the ladies and gents---including one reverend, Ian T.M. MacDonald---who rate your films:

And here’s the link to search for any film’s rating in Nova Scotia through the years: gov.ns.ca/lae/agd/search/