How The Coastal Cafe has perfected the morning meal. 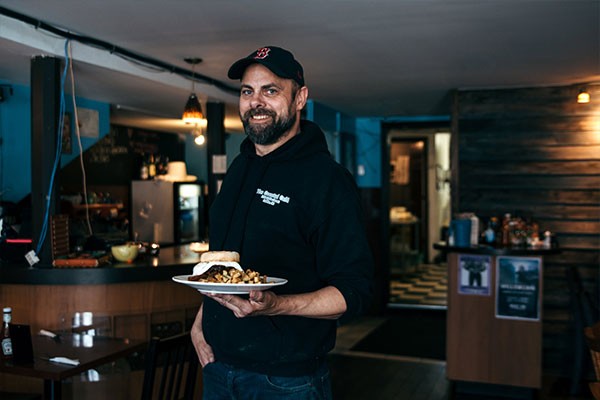 WHO HE IS
Mark Giffin, owner and chef at The Coastal Cafe, swore off making breakfast food. After he sold his bed and breakfast on the west coast, he moved to Halifax to pursue six years of fine dining at Bish World Cuisine. “I thought I would never cook another egg,’” he says. But one day, after seeing a for-sale advertisement for a north end coffee shop, Giffin knew he wanted to try something different. Two weeks later he was opening said shop as The Coastal, the now 11-year-old diner that still has people queuing out the door for its innovative brunch concoctions. “There was no grand design,” says Giffin. “It just happened.”

WHAT HE DOES
When The Coastal started, Giffin tried a limited breakfast menu that quickly took off—within a month, brunch customers jumped from 20 to almost 150 per week. The Coastal had separate menus for lunch and breakfast during the weekdays, but last year Giffin decided to focus on an all-brunch menu. “I needed to concentrate on what we’re known for.” Also known for its tight-knit, bustling space, Giffin is the first to admit that The Coastal has its peculiarities. “It’s a funny little spot,” says Giffin. “It’s quirky, but so am I.” A bookshelf of framed cat photos to the left of the counter hasn’t moved in over a decade. A chalkboard that reads “Hey you, ya you!” grabs people’s attention, asking them to order and pay before finding a table. But overall, Giffin says The Coastal has been by its customers. “I heard this thing on the radio that said get your own business and be your own boss,” he says. “I was thinking, ‘No. I may own my own business, but my customers are the boss.’” 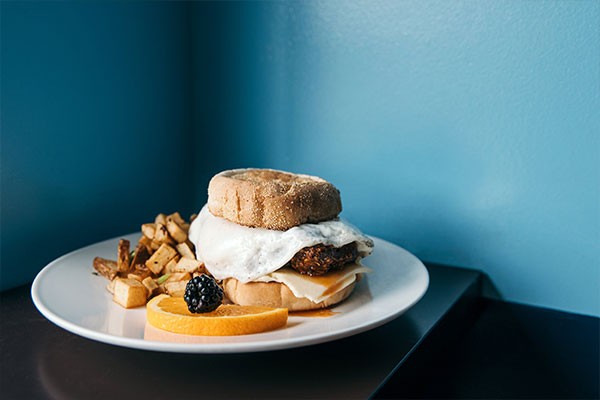 WHY BRUNCH?
The Coastal’s menu features breakfast, lunch, or anything in-between. The decadence of brunch lies in its versatility. It attracts all types and it allows for seemingly endless creativity. From lip-smackingly sweet to throat-tinglingly hot, brunch encompasses a swath of ingredients and flavours. “I did a special and someone asked me, ‘How’re you going to make that a breakfast?’” says Giffin. “And I said, ‘I’ll put an egg on it.’” Giffin tries to brainstorm new dishes and rotate the menu every few months, but there are standards he cannot change. These staples include The Durty Burd and The McCoastal breakfast sandwiches, as well as the menu’s centrepiece: The Elvis—peanut butter, banana and bacon sandwiched between two buttermilk waffles.