A return to sculpture at (((Parentheses))) 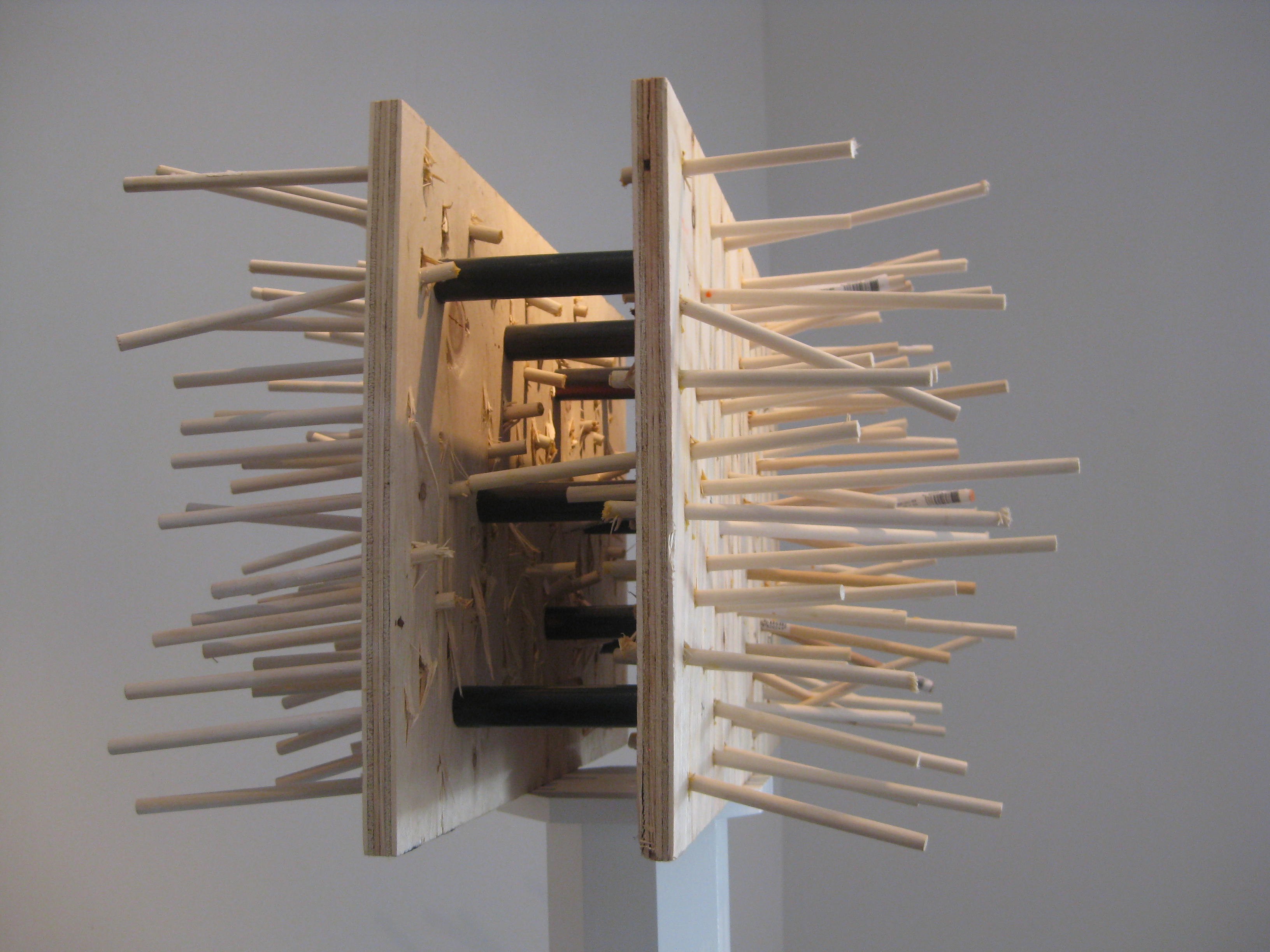 On March 22, fifteen years after his last exhibit, Mark Whidden returned to the Halifax art scene with a show at (((Parentheses))) Gallery and Art Projects—and now, he’s here to stay. The NSCAD grad put his artistic career on hold after the birth of his son, in order to pursue something a little less creative with a lot more profit. Now, as an established cabinetmaker and father of two, Whidden has been given the opportunity to rediscover what he had lost; his love of sculpting.

The exhibit though, is more than a debut for Whidden; it’s also a debut for the gallery’s new location. For three months, the previous resident of Plan B has been in the transition of moving just up the street to 2168 Gottingen. So, after getting settled into their new all-white home on the main floor of a modern duplex, owners Dave Hayden and Kevin Lewis saw no better way than to christen their new space with Whidden’s return to the public sphere.

Whidden says inspiration comes to him as he works, in a midst of trial and error and experimenting with different materials. One of his greatest finds during this process, which can be seen throughout the exhibit, was dead fluorescent lights: “They’re a shabby beauty,” he says.

The idea came to Whidden when he was working on a movie and saw a pile of burnt-out fluorescent tubes. Due to their mercury content, such bulbs are difficult to throw away—meaning he would never be in short supply.

“Empire” is one bulb-creation that shows Whidden’s creative way of turning junk into art. The installment uses dead fluorescent lights to emulate the New York City skyline and resulted after numerous attempts to make a spiral—something those of us missing the artistic gene would deem impossible considering the materials. But not for Whidden, who refers to the piece as a form of Art Deco; “It’s an attractive thing but is still kind of a piece of junk.”

Parentheses will be showcasing Whidden’s work until April 19. Whidden, who will be at the gallery on Thursdays to discuss his art, says he hopes to see more of a crowd; not just for the sake of his own work but to give the gallery a chance at gaining recognition. “I think what Dave and Kevin are doing is an important thing in Halifax,” he says.

Whidden regrets ever having given up on art; “Having done this show, I realize that stopping making art was a huge mistake because I really really enjoyed making this stuff.” So, for anyone with too much mercury-material on their hands, be sure to give Whidden a call, he’ll know just what to do with it.