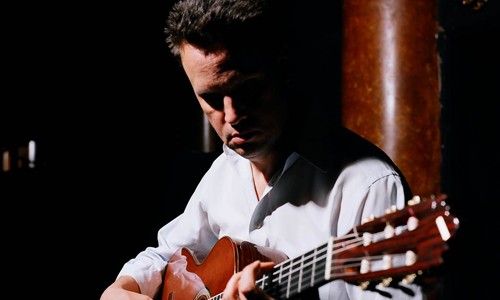 I'm grateful to have gotten into the music business when I did---20 years ago this very month," Mark Kozelek offers via email while taking a short break from finishing his taxes (one of the many tasks of also running Caldo Verde Records, the label he started in 2004). He's also grateful that "I still have a fan base, and that new fans keep coming along---even if all of them don't necessarily buy the records."

Kozelek is a survivor---one of the many terms you could use to define his career. First and foremost he is a singer-songwriter; as the leader of the beloved Red House Painters, and he has a vast and critically acclaimed catalogue under the moniker Sun Kil Moon as well as his own name. But he is also an entrepreneur, an actor, a producer and an imaginative interpreter of other musician's material (pick up copies of RHP's Songs From a Blue Chair, The Finally LP or the Sun Kil Moon's album dedicated to  Modest Mouse covers).  But survivor is one term that repeatedly coming to mind, given all the difficulties the music industry has endured this past decade and the fact that he writes songs (cover versions included) that have never qualified as conventional hits.

But the fans do buy his records. And they do keep coming back for more.

To the uninitiated, Mark Kozelek's music is not easy to describe. Perhaps because for each listener, his lyrics offer something highly personal, such as with the gorgeous "Admiral Fell Promises" which (like many of his songs) paints a mood-image of intense love and loss. To some, his quiet and contemplative music is akin to watching a leaf slowly unfold or an ascending balloon caught on a light breeze. To others, his songs are warm auras that offer solace within the sad truths his poetic imagery depicts. Or maybe, they offer a glimpse at something truly beautiful yet fleeting, which if distracted even for a second, could be lost forever.

There is no question, however, that his voice---a smooth, haunting tenor---and his guitar virtuosity are at the core of Kozelek's appeal. His albums (produced in limited quantities) invariably sell out their print runs. His concerts---to which the LP Live at Union Chapel & Sodora Teatern can attest---become intimate gatherings of adoration with audiences suspended in hushed, rapturous attention to every detail.

And now after 22 years of making music on his own terms, his perseverance has paid off in several different ways. "With a substantial catalogue for TV and movie networks to chose from," Kozelek says, "licensing music to TV---such as Brothers and Sisters, Revenge, Sons of Anarchy, Californication, or even video games like Gears of War---is where I make the best part of my living." Funny to hear those words come from a devotedly independent artist. But such is the reality today, where most artists need more than one avenue for their creative output and exposure.

Financial sustainability aside, the real testament to his 'survival' lies in the fact that Mark Kozelek has achieved a level of admiration and respect among his peers and his fan base that is reserved for only a select few; along with the likes of Ian MacKaye and Ani DiFranco, he has become a singular artistic and entrepreneurial force and the model of a musician whose output and ethic retains, above all, an exemplary level of integrity.