Performing a monologue from Tender Beast, Coady focuses on heartbreak 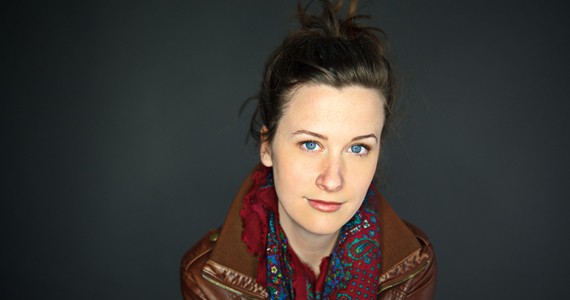 "I want the audience to experience a piece of theatre that feels like an intimate conversation," says actor Mary Fay Coady, who will perform a monologue from her play Tender Beast at Agricola's Lost and Found as part of this year's OBEY. "I like talking about matters of the heart, and we all have one so it's totally relatable."

Tender Beast began as a poem Coady read as part of her and Ailsa Galbreath's 2013 Atlantic Fringe Fest show Together We Are More, eventually growing into a one-act play through daily writing exercises inspired by Julia Cameron's book The Artist's Way, which Coady found "really useful in finding my voice as a writer."

Coady's poem uses the phrase "tender beast" to describe the human heart, and while the poem focuses on heartbreak, the show is about "my relationship to love and my observations of how I love others–exploring the successes and failures that arise when trying to care for your own tender beast while also caring for someone else's."