“I never meant to offend or hurt anyone. I have learned from this experience.” 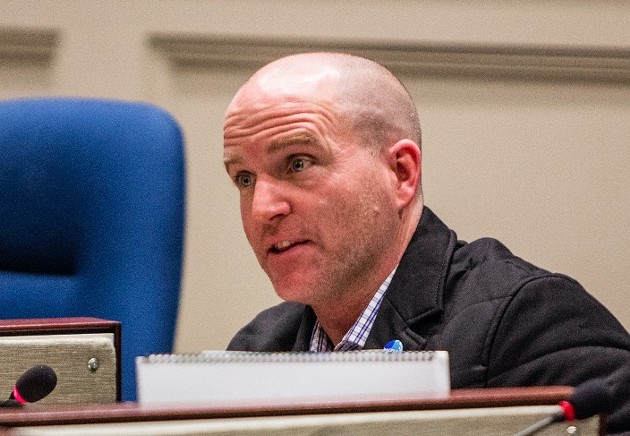 Whitman posted a YouTube video last week of himself yelling the racially-charged phrase before exiting and then running around his car.

In a Facebook post on Tuesday afternoon, the Hammonds Plains–St. councillor said he wasn’t aware of the term's racist connotations.

“I for my lapse of judgement and my unintentional use of what I now understand to be an insensitive term,” Whitman writes. “I never meant to offend or hurt anyone. I have learned from this experience.”

The video was removed this week after media questions, with Whitman telling Global and the Canadian Press that it had become a “distraction.” He quickly brushed past reporters on his way to council chambers Tuesday afternoon, refusing to comment on the matter.

The phrase “Chinese fire drill” is best-known these days for the roadside game normally played by teenagers, but using “Chinese” to refer to a scene of confusion and incomprehension dates back to World War I. According to NPR: “After the two world wars, ‘Chinese’ continued to be used as a descriptor to indicate things that were hasty, cheap or amateur.”

The RCMP are apparently now investigating whether the councillor’s videotaped actions were a traffic violation.

It’s not the first run-in Whitman's had with RCMP, nor the first time his sloppy social media use has gotten the councillor into hot water.

Last winter he was ordered by Regional Council to make a public apology after publishing “inappropriate tweets” about an RCMP officer. That was the same time Whitman appeared to casually reveal confidential information while denigrating former CAO Richard Butts in a radio interview.