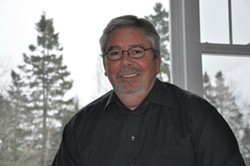 Mayoral candidate Tom Martin has come out with a policy platform, which he titles "Fixing City Hall by Opening Government and Strengthening Fundamental Democracy." You can read the whole thing here.

I'm particularly heartened to see Martin embrace the notion of a Sunshine Ordinance, a policy I've been pushing for many years, and which I detailed last August.

Martin has echoed many of my suggestions, including that all public contracts be in the public record; that the city adopt a public accounting system such that all public expenditures, including public employee salaries, be published annually; that a complete system of campaign finance reporting be implemented; and that a time at all council meetings be set aside for the public to address councillors about anything that's on the public's mind. I called for all agendas to be posted seven days in advance; Martin wasn't quite so ambitious---he calls for 48 hours.

Martin also calls for the creation of a Sunshine Ordinance task force, which given our abysmal starting point and the huge bureaucratic cultural shift we need to bring about, is an excellent idea. He also has suggestions for rights of employees and the public.

I'm impressed. Here's hoping that the other mayoral candidates can also embrace the Sunshine agenda, not just in wishy-washy platitudes about the "need for openness," or whatever, but, as Martin has done, with concrete policy proposals that will give openness real legislative teeth.