Meaghan Blanchard’s empowerment to the people

Blanchard’s songwriting has shifted from teenage relationships to empowering women. 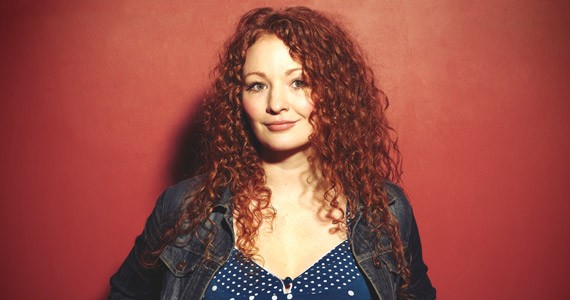 When ECMA winner Meaghan Blanchard hits town this week, fans should expect to hear songs that mark significant growth for the Prince Edward Island singer-songwriter. Fresh off the album release party for her first full-length, She's Gonna Fly, Blanchard is looking forward to touring with songs that have a more literary approach than her previous output.

"With my first records I wrote a lot of songs between the ages of 16 and 18, so they were about insecurities and teenage relationships," she says. "With this record, a lot of songs are stories I've written---either my own or stories that have inspired me---and I think it's a real growth for me lyrically."

The story told in the album's title track, for example, is one of empowerment. Blanchard describes the song as the closest to her heart and sees it as a theme throughout the record.

"It's a song for women who go through hard times, raising big families, and they can go through hell sometimes and never say anything about it because they're always kind of giving to someone else," she says. "I know a lot of women like that, and I said someday that's going to let up."

Blanchard will be taking such songs on an Atlantic tour with UK songwriter Dan Walsh as part of an artist exchange program between Music PEI and the English Folk Dance and Song Society.

Since both are storytellers, Blanchard and Walsh have already struck a kinship that has resulted in a few co-written songs. For Blanchard, the intimacy and collaboration involved in the program has been nothing but positive.