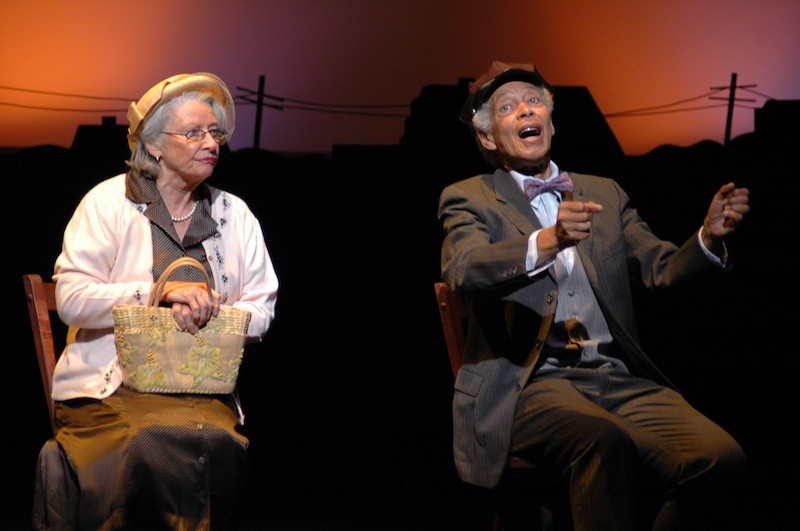 On Monday, March 26, the bright lights of Halifax’s theatre community will be schmoozing the night away at Casino Nova Scotia (7pm, $17/$20). Yes, the Merritts have crossed the harbour from their sometime-home at Alderney Landing, where in recent years this annual theatre awards ceremony has become so popular that many ticket holders have had to stand.

And in honour of the new, high-rollin’ venue, I’m going to try my luck at a little game of “pick the winners”.

In all fairness, I must disclose that I was a member of the jury for this year’s awards, but that does not mean I’ve stacked the deck. Jury members spend several weeks winnowing the categories down through a series of email ballots to the final nominees. However, the final votes are tabulated at Theatre Nova Scotia, so that the winner remains a surprise. The following predictions were not necessarily my first choices, but my measured opinion of how the vote may go:

Outstanding Performance by an Actor in a Leading Role
Walter Borden was perfect as the wise and loyal Hoke in Driving Miss Daisy. His superb performance and his status as a beloved Nova Scotian actor will make him a winner.

Outstanding Performance by an Actress in a Leading Role
I’m torn. Heather Rankin was spot-on adorable in Daniel MacIvor’s high school reunion comedy Bingo!, but the incomparable Carolyn Hetherington nailed her performance in Daisy. My heart says Rankin, but my head says Hetherington.

Outstanding Performance by an Actor in a Supporting Role
Marty Burt doubled his chances—or split the vote—with two nominations in this category. For my money, he deserves the win for his several roles in The Passion of Adèle Hugo where he proved what a gifted actor and singer he is.

Outstanding Performance by an Actress in a Supporting Role
Adèle Hugo showcased several fine performers including Amanda Leblanc who brought great comic timing to her various roles. This young singer/songwriter/actress deserves to bring home the award.

Outstanding Direction
Linda Moore (who recently directed the outstanding Communion at the Neptune Studio) earns my nod for the experienced hand and a light touch to Valley Theatre’s Driving Miss Daisy.

Outstanding Production
I wish it would be Vigil—so dark, so funny but so polarizing. I think it might be the crowd-pleasing Driving Miss Daisy. But I predict it will be 2b theatre company’s clever and innovative When it Rains.