Perfect pop by way of PEI 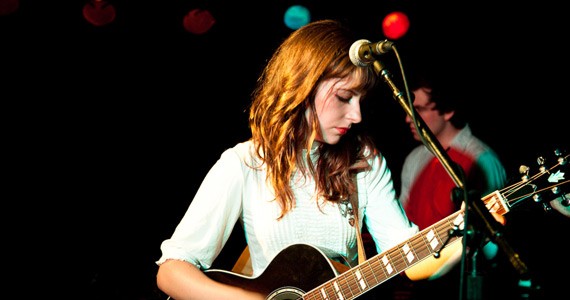 Molly Rankin is a curious case. Though bred in Cape Breton--- she's the daughter of the late John Morris, a Rankin Rankin---and educated at Dalhousie, Rankin is considered by the fine people of Charlottetown to be theirs. It was there, in 2010, that she made a record called She with her boyfriend, ex-Two Hours Traffic guitarist Alec O'Hanley, that was basically six of the sharpest pop songs you've heard in forever, except no one really talked about it. She opened for Peter Bjorn and John on a small US run. Her spare website hosts emails to a manager at Arts & Crafts and an agent at Windish. She'll open for Kathleen Edwards at the Cohn in September. She's going all the places, but in the quietest, most non-descript way possible. It's curious. But you would be mistaken to take a quiet approach to her set on Friday, in amongst a bunch of pop boys, climbing ever higher. –TT