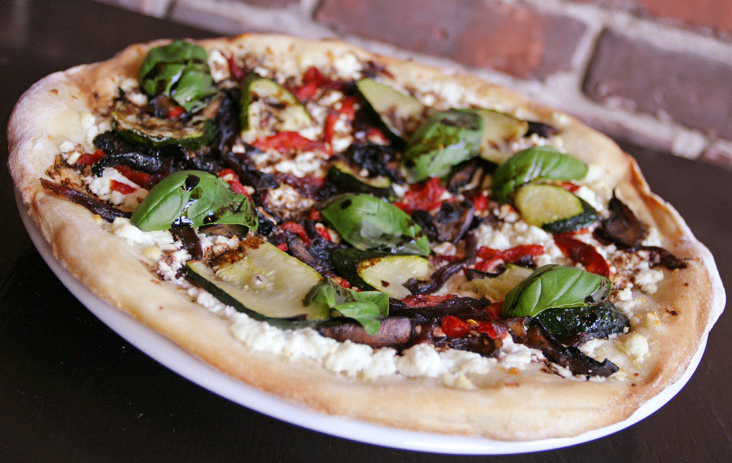 Morris East is heading north. Wayyy north. The popular downtown restaurant will be opening its second location at Nine Mile Circle on the Larry Uteck Boulevard in August. Restaurant owner Jennie Dobbs, who grew up in Bedford, is looking forward to bringing Morris East to one of the fastest growing areas of the province.

“We want to be a neighbourhood restaurant and bring good food, great design and strong customer service to the area,” says Dobbs. With more space and as a result more cooking equipment, the Bedford location will give Morris East the opportunity to expand their menu. Dobbs says at the moment the staff is excited for the arrival of their spacious new oven which they will be developing many tasty recipes for.

In addition to the added space the restaurant will feature an exhibition kitchen. This open concept set up will let customers watch with hungry tummies as their pizzas are made before their eyes. “It provides our customers with some dinner theatre,” says Dobbs.

The Bedford location will also be home to a wine bar and a designated take-out area. “Right now were testing wines to expand our wine list,” says Dobbs, who's planning on hosting different wine event nights at the restaurant. She believes it will be beneficial for the area because it currently doesn't have much access to wine events.

And sure to get things cooking is Luc Castilloux, who will be joining the restaurant in Bedford as the new executive chef. Originally from New Brunswick, over the last few years he has worked at an upscale restaurant in the Bahamas. “We’re really excited to have him on board,” says Dobbs.

Morris East Bedford will be open seven days a week from 11am to 10pm.