Halifax takes its sustainability ranking seriously, but what are we measuring, exactly? 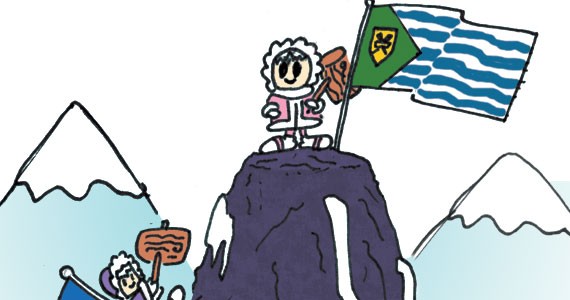 Those are the confusing conclusions of the fifth annual Corporate Knights magazine's "Most Sustainable Cities in Canada" survey. Under a new head researcher, Erin Marchington, Corporate Knights has streamlined its methodology, hence the difficulty comparing performance from last year to this one.

"The general trend globally is to use fewer indicators for simplicity," Marchington explains over the phone from Toronto. The fewer indicators used, the fewer resources required for assessment and the easier the data is to follow. The downside is the loss of nuance and complexity.

Either as a result of the new methodology, or because of our lack of progress, Halifax fell from second to third most sustainable of six ranked cities in the medium size category. In 2009, we ruled the category.

Marchington's challenge is tremendous. "The idea is to take a broad concept of sustainability and break it down to tangibles that are easier to understand." To make that data simple, objective and comparable, Corporate Knights scored cities on a scale of one to 10 in 28 categories (down from 63).

The challenge is defining what is and isn't sustainable. Take population density. In this model, the denser the better. Vancouver scored a perfect 10 in the category. Mississauga, which nudged us out of the standings, scored a 7.7. Our low-population regional municipality scored a 0.2.

I have a hard time believing Mississauga's 724,00 people, living in a giant car-dependent suburb, have less of a footprint---even per capita---than HRM's 370,000 people living in urban, suburban and rural environments. The logic is that city living is inherently more sustainable, which ignores the fact that the resources urbanites use and dispose of have an impact somewhere else. The only ways Halifax could improve its score would be to increase its population, decrease its area, or both.

"I'm asking them to use other metrics," Richard MacLellan, sustainability manager for HRM, says of the sprawl issue. He feels that simply dividing population by land area is an inappropriate way to compare disparate municipalities.

MacLellan admits being disappointed with the rankings but, despite a few other trifles with methodology (like giving Mississauga a free pass on categories it doesn't measure), he sees the assessment as a tool for identifying areas needing more investment and focus. "We need to focus on density more," he admits, "as per the regional plan."

Interestingly, the regional plan has been criticized by environmental groups for its lack of effective measurement.

"It lacks a timeline for implementation on most goals and is bereft of baseline indicators and progress measures," the Ecology Action Centre's Jen Powley wrote in a recent press release.

HRM lists the Corporate Knights report as one of its performance indicators. "Any ranking will have imperfections but it's an objective outside look from a business magazine, a supplement to the Globe and Mail," MacLellan notes.

Hence the great interest from HRM in improving its ranking next year, he says. "The Greater Halifax Partnership sees sustainability as a branding item. This is a valid piece of information that highlights some really important areas for improvement."

Those areas include: a tighter limit on how many bags of garbage we can throw out (the city is working to reduce the limit from six bags every two weeks to four); establishing a total greenhouse gas emissions reduction target (HRM currently has just a corporate reduction target); a comprehensive energy conservation policy for municipal properties; working with food providers to support local agriculture and combatting sprawl.

MacLellan is equipped with energy, ideas ---he was the brain behind Solar City---and a competitive streak bent on turning endless sustainability planning into action.

"We'll definitely knock off Mississauga next year," he says. "And we're aiming for Vancouver next."