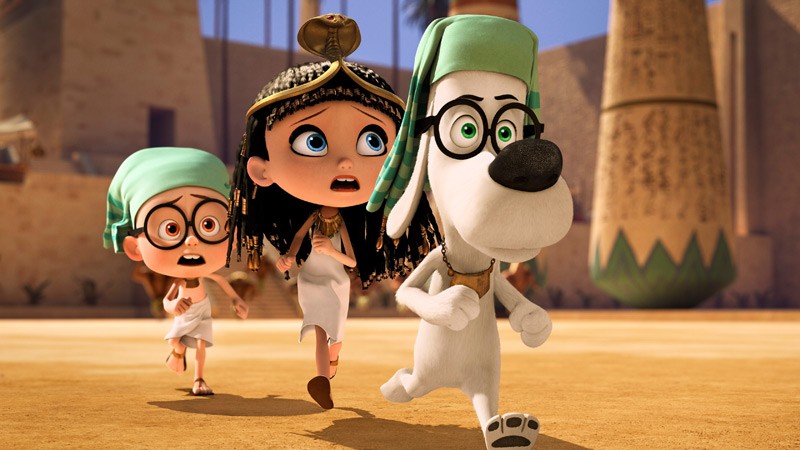 If we're living in a world where a movie about Lego is one of the best things of this young year, then why shouldn't a 3D adventure based on Rocky & Bullwinkle characters also be a goddamn delight? If Frasier Crane were a dog he'd be Mr. Peabody, voiced by Modern Family's Ty Burrell, an orphan who was never adopted because he wasn't like other dogs. To combat his lack of a family, Peabody became an expert in academics and athletics, making him exactly equipped to deal with the time-travelling shenanigans of this movie. When his human adopted son Sherman (Max Charles) is bullied at school by Penny (Ariel Winter), Peabody tries to smooth it over with a truce-making dinner, fending off her angry parents as well as a social worker hellbent on removing Sherman from this snooty dog's house. Then Sherman and Penny break into Peabody's time machine and end up in Egypt. Sherman is smart and talented, but he lacks his dad's confidence and has been stunted by their emotional distance, so every new era is a teachable moment. Like The Lego Movie, Mr. Peabody and Sherman is a story about learning to be your best self, and it's nearly as sharp and just as funny.