Why you shouldn't be shy about the hair that grows from your scalp. 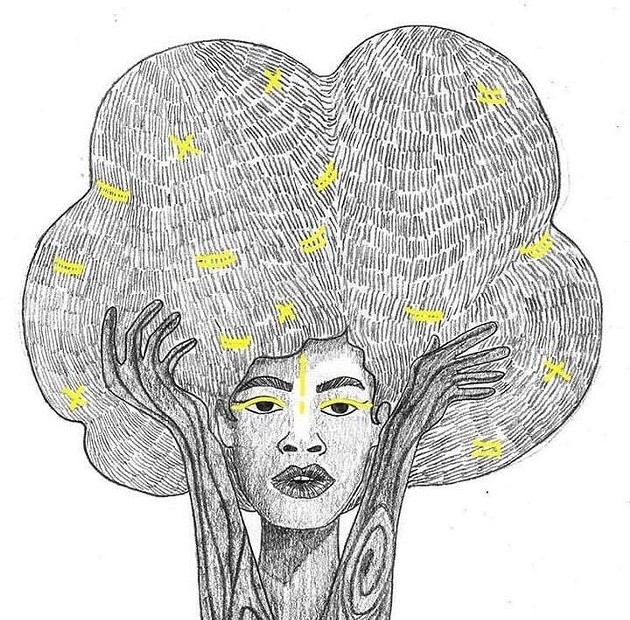 Around the world, people have been awakened to the police’s unnecessary and incessant violence against Black people. It is inspiring seeing white and brown folks hold up placards and protest systemic racism alongside Black people.

But while we’re protesting systemic racism, let’s remember something that's often discriminated against yet often overlooked. Something so tiny, yet so deep: African hair.

Discrimination against African hair dates to the colonial era, when enslaved Africans arrived in the Americas, the slave masters shaved their hair off —taking away a symbol of their identity. They thought of African hair as unattractive, so field slaves had to cover their hair and house slaves had to wear wigs like those of their owners.

Because of centuries of oppression and discrimination, Africans thought having straight hair and light skin would give them an opportunity to have social and economic mobility. Then in the 1970s, relaxers (a cream that chemically straightens curly hair) became popular. These lye relaxers weaken the protein structures of the hair while loosening its natural curls.

I remember feeling a burning sensation on my scalp every time I had to sit through the process. I endured years of torture using relaxers. Don’t even get me started on the pus that oozed from my scalp the day after “relaxing” my hair. I would leave the salon with straight hair and a deep-fried scalp. Yet I went back every other month for touchups anyway.

I’m from Nigeria, and growing up I never saw TV advertisements of women who looked like me wearing their natural hair. It was always Black women with straight hair. When growing natural hair became trendy in Nigeria in 2012, it was strange to me. That's how deep systemic racism runs. I thought of those women as unkempt. What can you expect from someone who always had chemically straightened hair?

As a Black child, your mother straightens your hair. You see advertisements on TV, magazines and billboards of women with straight hair and you want to look like them. You have children and the cycle continues. When does it end?

In Toronto, a 13-year old Black girl said the principal at her school had cautioned her on wearing her natural hair to school. She said it was too “poofy.” According to her mother, the principal said if the student didn’t put her hair in a scrunchy, she would not be allowed in class. Imagine being denied access to education because of your hairstyle.

And it doesn’t end in schools. In the TV show Scandal, Olivia Pope had sleek weaves on whenever she was in a professional setting but when she was away on an island, she had her natural hair out. This mirrors what happens in the real world.

Why should the hair that grows from your scalp be unprofessional? Who makes the rules as to what is professional or not? Do ever remember seeing a Black female news anchor on TV with an afro?


The day I developed the boldness to cut my relaxed hair off —after several times saying that I would never go natural —marked my rebirth. And honestly, I have never felt freer. I don’t have to worry about when next I must sit through the painful process of “relaxing” my hair.

Now, we have a duty as Black women to kick against these standards. Don’t further buy into this idea of beauty by wearing straight hair.

My mother and even my friends have said to me, “won’t you make your hair?” referring to the weaves or extensions I used to wear. But I always reply, “my hair is already made.” Yes, it’s already made. So, rock your curls, braids, afro, twists, bantu knots with your African pride. And don’t be shy about the hair that grows from your scalp.

Seyitan Moritiwon is a master of journalism student at the University of King’s College. She’s from Nigeria but currently lives in Halifax.