Inside my digs: downtown Dartmouth

Against all odds, Jeremy Walker falls in love with a charming condo—perfect for entertaining— in downtown Dartmouth. 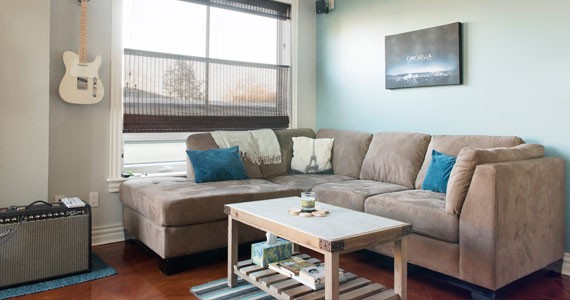 When you know, you know. That was the case with Jeremy Walker, who wasn't looking for a condo until he found the condo. "The idea wasn't appealing to me at first. I was more like a backwoods person; I wanted a space by a lake or something like that," he says. But falling in love with a character-filled place his friend bought was enough to make the Dartmouth resident not just reconsider, but start to look for a spot in the same building. "At the time I worked away quite a bit, so I liked the idea of it being turn-key. It gave me peace of mind," says Walker, who settled on his now-home after considering at a handful of houses downtown, as well as three units in his friend's building. And while the dream of backwoods living isn't dead, being 15 minutes from Lawrencetown does the trick for the time being. "I feel like this is the stepping stone," he says. "It's suitable right now at this stage of my life and when the time comes, maybe I'll be a landlord and I'll living out on lake somewhere." 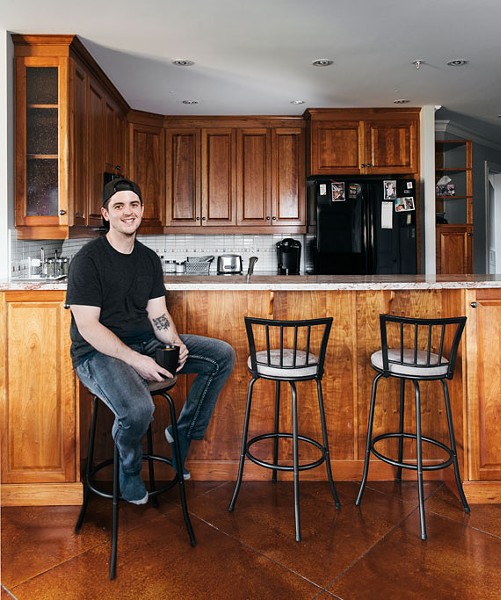 The condo A two-bedroom, two-bathroom corner unit in downtown Dartmouth.

The neighbourhood When Walker originally made the move from Halifax to Dartmouth it was meant to be temporary, but he says something its vibe was magnetic. "It's a charming area. I come from a small town and I was kind of getting that feeling here," he says, sending shout-outs to nearby faves Two If By Sea, Battery Park and Taz Records. "I like being close to the harbour, and having the ferry right there. It's just a close-knit area."

The highlights The corner unit is key, says Walker, but an outdoor terrace, natural gas range, central fireplace—"it's just like having a campfire in the middle of the room"—and killer kitchen don't hurt either. "It maintains the kind of old features of the building, mouldings and finishings and stuff," he says of the space. "The condo has wired-in surround sound and I am a music nerd, so I loved that feature, I always have music on," Walker adds. "It's a good place to hang out and that was the potential I saw in this space when looking for my first home."

Design inspiration "Space is limited, so I had to piece it together one thing at a time," says Walker. "You've got to get creative, which gives it character in the end." After keeping an eye on sales, and a measuring tape close by, he made sure to leave room for dinner guests and entertaining, and used his music collection as an inspiration for decor—putting guitars, records and concert posters on display. "People come in and the questions start flying," he says. "Everything I have up has a kind of story behind it. It's more of an experience than just art."