Anna and Trevor Delaney trade their house for a modern loft 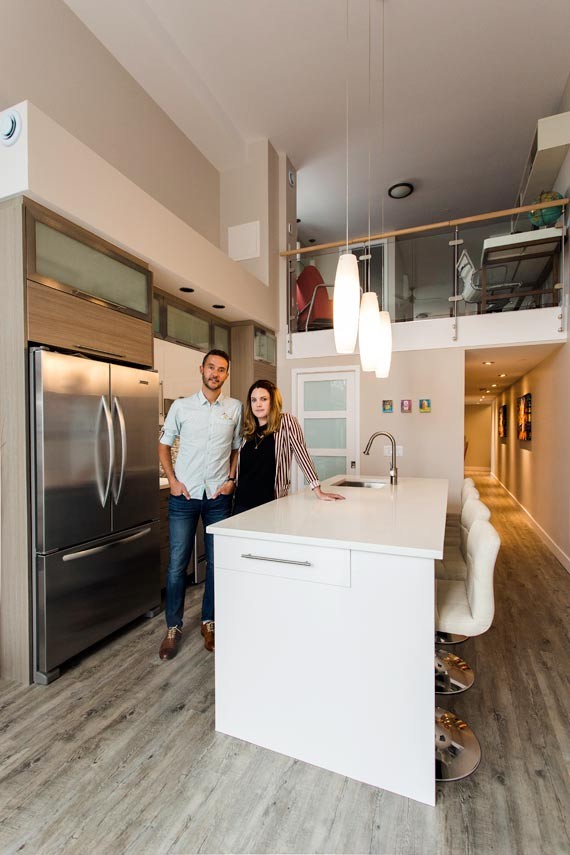 After seven years in their first home, Anna and Trevor Delaney were craving change. Sizeable change, at that. With sights set on the north end, they sold their Herring Cove Road home in favour of a total downsize and a LEED-certified condo, happily trading their backyard in for a two-minute walk to the Common. “For one, we just loved the idea of being back in the city, we had lived in the city before but moved out of it to to buy a house,” says Trevor. Here’s how they minimized their living space, and maximized their lifestyle.

The neighbourhood
“We did love Herring Cove, but there weren’t a lot of amenities out there,” says Trevor, hence why the central location of their new condo was vital to their decision making. The cafes, restaurants and green spaces nearby the building were icing on its energy-efficient, sustainably designed cake. “Now we can meet friends on a whim, without having to plan for days,” says Anna.

Wishlist
If the Delaneys’ must-have list could be summed up in one word, it’d be freedom. Because the pair travels quite frequently, having a smaller space and no lawn to mow—or driveway to shovel—had as much appeal as the central location of their brand new home. “We work for ourselves, so often we had client meetings in town. Being able to walk—especially to downtown—was high on the list,” says Trevor of its perks. “We also didn’t really want to have to drive our car anymore,” says Anna. Since moving back into the city, they only fill their gas tank every three or four months.

Design inspiration
“We had a big house, it was about double of what we have now,” says Trevor. “If we were going into a modern condo, we could only take half our stuff. We immediately purged and sold things.” He and Anna matched their modern digs with modern design, letting the high-end finishings shine, choosing new furniture that fit and taking the time to settle into the space—and its airy 18-foot ceilings—before choosing artwork that made sense.