My summers on the Harbour Hopper

A lot of people hate the iconic amphibious tour rides, and I'm one of them. 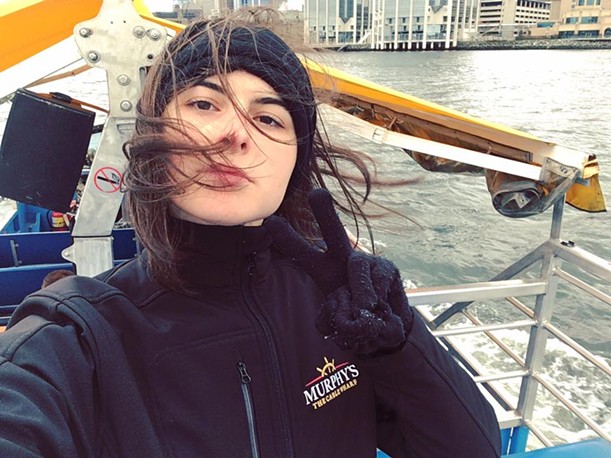 Summertime in the and everybody is hating on our infamous amphibious vehicle, the Harbour Hopper. And what’s not to dislike? They are big, loud, break down often and clog up traffic. At the very least, you will hear the dulcet tones of it chugging along a mile away from you, with the blaring motor and tour guide serving some paid advertisements for local businesses.

I was a guide on the Hopper for two summers. Parts of it were incredibly fun and rewarding. Working outside, being on the water and being around rich American tourists who tipped was quite nice. But this summer, I’ve noticed a lot of hate towards my source of past income and it’s really annoyed me. Not because it doesn’t suck, but because I want people to know there are so many more things wrong with the operation of that cash cow on wheels that people could complain about. A brief list of some of them:

First, the tour is expensive. A single adult, with tax, comes out to about $45. A family of four, about $120. Multiple times a day, I would have local kids walking by saying how much they’ve always wanted to go on the Hopper and begging their parents to take them, and their parents saying no because it’s too much.

Those paid advertisements guides are required to slip into tours are, apparently, meant to keep ticket costs down. Most are for local places, but by the end of my employment, I was encouraged to find ways to promote Pandora bracelets. Not relevant to Halifax at all and doesn’t put a dent in the ticket price.

Captains on the Harbour Hopper make at least double what a guide earns per hour and get 50 of tips. If I gave them less money on a bad tip day, they would complain I wasn’t doing my tour well enough. They would follow me to see me count my tips. Some grabbed the mic from my hands and hijacked my tour so they could tell their “money-making” stories.

Meanwhile, if you’re looking for a job where you will be screamed at by passers-by at every opportunity, this is the vocation for you. It’s usually harmless, but you can also get men following you when you’re stuck in traffic calling you a “bitch” and a “whore” while you have to keep cool and chat with 40 people about why Halifax is great. Both customers and captains, all male in my experience, frequently made inappropriate and harassing comments to female guides.

Ambassatours doesn’t do anything, it seems, about correcting guides telling fake stories. From what I personally felt from my time on the job, managers barely knew what was on the tour besides the ads.

There is so much more I don’t have room for. Maybe I’m just a bitter ex-employee, but I didn’t quit because of the tours. I quit because of the company. The Hopper is one big, noisy reminder that Ambassatours is a business that cares primarily about money, not Halifax or the people who work for it.

Maybe add these to your list of why you hate the Hopper. Or maybe start hating on the road train more. I’m fine with either.