Good luck getting that security deposit back. 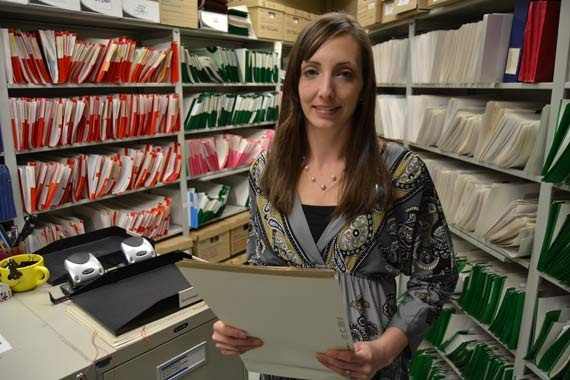 International student Amaan Kazmi started looking for a place to rent off-campus back in December.

“We found this really nice place, near Chocolate Lake,” says Kazmi, 19. “It was pretty inexpensive.”

Kazmi and his three roommates made it known to the property owner that they wanted to lease. A handshake and a security deposit of $635 was paid. All seemed well. Then two of the renters suddenly backed out, four days into the month. Since no one had actually moved in yet, and no lease was signed, Kazmi assumed he could get his deposit back and part ways. Not so much.

“He never gave the security deposit back,” says Kazmi about his landlord. “He said that’s forfeit, that’s gone.”

There is a route people like Kazmi can take to sort this kind of rental issue out. He could go to the Residential Tenancies office and apply for a hearing with a tenancy officer. That’s easier said than done. Particularly for students, resolving a tenancy dispute can be a confusing, difficult process that likely isn’t going to be resolved overnight.

“From the time of an application to a hearing is four weeks—that’s what we aim [for],” says Melissa Mosher, senior policy analyst with Service Nova Scotia. Right now in Halifax, the wait is a bit longer than usual—about six weeks. There are currently 447 hearings scheduled through the end of May (as of March 24). Mosher says wait times in rural areas are often shorter, as there are fewer cases.

The backlog isn’t a result of a staff shortage—with 12 tenancy officers in Nova Scotia, half of whom cover HRM, the department is fully staffed. Rather, Mosher says it’s often due to times of high activity, such as students leaving the city en masse every April.

The tenancies office has only recently begun keeping track of statistics surrounding excess wait times, so Mosher says it’s hard to pinpoint any patterns of activity from past years. But it makes sense that the time of year when students move in and out would contribute to these periods of peak volume says Dan Sampson, director of property management with Killam Properties.

“Obviously...there would be potentially more activity in tenancy because of that,” says Sampson. “I’m sure they’d be backlogged more than normal.”

The bigger problem, according to Dalhousie Legal Aid worker Megan Deveaux, might not be the number of applications filed, but the number that aren’t.

To apply for a hearing, an applicant has to fill out an application found on Service Nova Scotia’s website. But that form has to be dropped off in person at an Access Nova Scotia office, or be sent through registered mail. Currently there’s no online application system. You can’t email it. You can’t even fax it.

“You have to do it in person,” says Deveaux. “Right away, anybody who is on their way back to Ontario, or BC, or China or wherever they’re from is at a disadvantage.”

Those who have already left the province can get a friend to apply by proxy, but that requires filling out a separate Notice of Representation form, which is not easy to find.

“There” being Access Nova Scotia offices, which are all located off the peninsula and subject to the the complexities of Halifax Transit. It’s also the responsibility of the applicant to serve written notice of the hearing in person to the other party, which isn’t easy if your landlord doesn’t live in the city proper (Kazmi’s doesn’t).

Kazmi can still apply to the Tenancy office up to a year after his lease’s termination, but he says the idea of tracking his old landlord down and serving him makes the fight feel like a lost cause.

“I don’t have the means to do that—I don’t even have a car. Were I to take the bus, it would take me an hour and a half to get there,” Kazmi says. “I have a part-time job, and rather than making trips back and forth to Bayer’s Lake, I would rather just go and do my job.”

Deveaux thinks a few changes can make the system more efficient, like allowing applications to be completed through email. She also believes that the province’s maximum allowable security deposit is too low, incentivizing some landlords to pocket deposits when they shouldn’t. That’s why, to the chagrin of many renters, Deveaux would prefer to see a higher maximum deposit.

“If you set it up that it’s very difficult to make a living and follow the law, well, guess what? The only people who are going to do good are people who are maybe not that concerned about following the law,” says Deveaux.

Mosher knows wait times can be frustrating to tenants and landlords alike. The Tenancies office, she says, is continually trying reduce wait times by bringing in rural officers to take on the extra workload and hiring more administrative staff for the spring and summer. She hopes that the speed bumps aren’t keeping people from fighting for what they think is right.

But Kazmi, for one, is discouraged. “I have kind of given up on that money. What I really wanted was justice to be served.”