Neptune Prep: Getting ready for the theatre big leagues 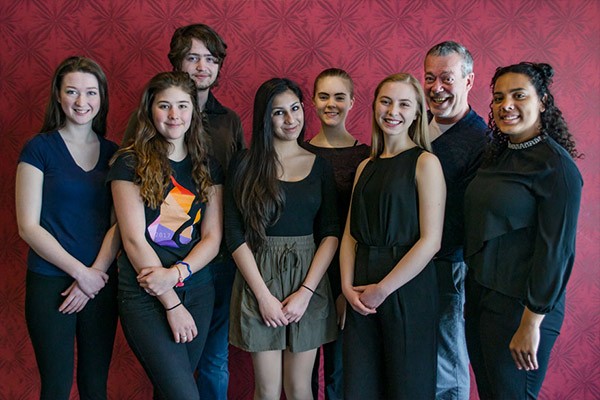 There hasn't been a moment where Riel Reddick-Stevens didn't want to be on stage. When was four, she was enrolled in a variety of camps at Neptune Theatre, and has been doing musical theatre for most of her life. But participating in Neptune Theatre School's Neptune Prep program last year opened her eyes to the different forms of theatre.

"We took classes such as voice and text, physical theatre, stage combat and many more. What Prep did for me was it helped me grow a lot as a performer," says Riel. She is currently enrolled at Randolph Academy for the Performing Arts in Toronto, and Prep gave her the tools that it took to get there.

Neptune Prep provided lessons in auditioning, since the program prepares the students specifically for post-secondary auditions. The students prepared their books in terms of music, and learned how to calm those pre-audition jitters. Riel's ability to audition comfortably landed her a summer job acting with Ross Creek's Two Planks and a Passion Theatre, in the shows Nothing Less and A Midsummer Night's Dream.

"With it being mainly acting and performing, I learned a lot about what it's like to work in the business with professionals," says Riel. The company put on eight shows a week, which is pretty typical for the industry, and she was ready for it.

Prep encouraged Riel to keep pushing through, and to just do the work. She is continuing to fuel her goal of becoming a full-time actor, and dreams of eventually starring in the one-woman show I, Claudia.