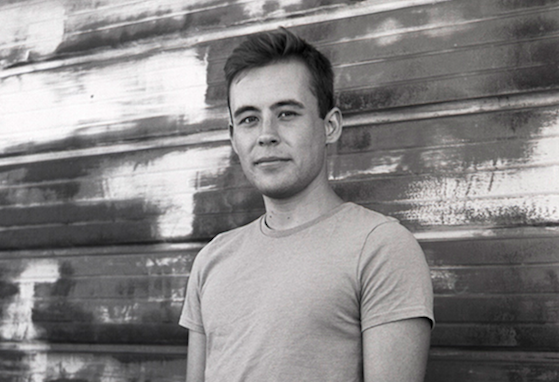 It’s been a big year for the visibility and mainstream acceptance of the transgender community. But trans individuals still statistically remain underemployed, more at-risk of incarcerations, with lower incomes and often left alone to navigate a legal system that’s generously described as confusing. Which is where JusticeTrans comes in. The new mobile phone application offers free legal information for transgender users, as well as offers lists of trans-friendly legal service providers.

It’s the creation of the Halifax-born Benjamin Vandorpe. The 26-year-old Toronto law school graduate launched the LITE version of JusticeTrans last month, and hopes his new app will help transgender Canadians like himself become more aware of their legal rights.

With all funding so far coming out of his pockets, Vandorpe is hoping to attract some investors during a visit back home to Halifax Pride Week and help his not-for-profit corporation launch an expanded JusticeTrans. Vandorpe spoke with The Coast about his app, and the many barriers to justice for a too-often marginalized community.

Where did the idea come from?
I was taking a course at Osgoode (Hall Law School) called Legal Information Technology. It dealt a lot with access to justice and ways to technologize the law. The law’s been really behind on that. I was reading about a mobile application in the States that would let you know what states you could get married in if you were a gay couple. I realized, in addition to that, there wasn’t a lot of access to justice for the trans community. So why not offer this tool to the community and see what the feedback is, hope that it’s helpful, and if it is, kinda move forward with it.

Who’s JusticeTrans for, and what does it do?
The primary market is the transgender community. It can be from anything from just wanting to know your human rights in a specific province, to name changes, (sex) marker changes. The full version will offer more, like employment rights. But also anyone looking to work with transgender individuals and anyone doing research.

How’s the launch for the LITE version gone?
We launched at the Toronto Trans March. We did a little bit of promotion. The feedback so far has been good. People want more information, but they’re pleased with it so far. I don’t have a design background, I have a law background. So I’ve been teaching myself all the coding, all the design. We’re thinking we want something a little more user-friendly and more distinctive.

Why’s this product needed?
I’m transgender, so I have my own experience, but what really highlighted the community need was the TRANSPulse survey in 2010. It basically found that 50 percent of the community earned less than $15,000 a year. Thirteen to 28 percent had been fired because of their gender identity, and 18 to 50 were unemployed because of it. And then there’s issues with police—only Ontario has a plan in place for transgender inmates. That, combined with my experiences, made me feel this was an area that needed to be addressed.

Is it just Canadian information on the app?
Right now it’s just Canadian. The focus for the full version would be Canadian. I would like to expand to the US at some point, but it’s all funding and feedback permitting.

You’re looking for investors now. Is that crowdfunding, or corporate investors?
I’m primarily looking at grants, because it is incorporated as a not-for-profit. I’ve been putting the last of my scholarship money into the application to get it up and running. I think if I were running it for-profit it would be a little bit easier, but you look at the statistics and what the project’s about, and that wouldn’t exactly line up with the mission and goals.

So it’s not about raising awareness so much as providing something functional for the transgender community?
Yeah, absolutely. I graduated from Osgoode Law School and a lot of the legal information I could find, some of it would be difficult. I could approach government people and not be able to find answers still. This is about getting information together, putting it in language that’s easier to understand and making it available.

And it’s cheaper than a lawyer.
Oh absolutely. Which is something else I thought. If a person accesses the information and finds they have a case, who else can they next approach? I’ve been reaching out to legal service providers, so if that person does want to reach out they know who to contact. Basically the list is on the website, and the app draws the list from there so it’s up to date. You can go through the app and choose issues, or legal service providers under any province or territory. And from there you can choose—based on what your case might be—what organization would be best fit to it.

You’re in Halifax this week for Pride. Any plans?
Yeah, my family’s still there, my friends are still there. I thought it would be great to spend some time with them, celebrate Pride and promote the app a little bit more. I’ve never had the opportunity to participate in [the Dyke and Trans march], and I’m pretty excited to.