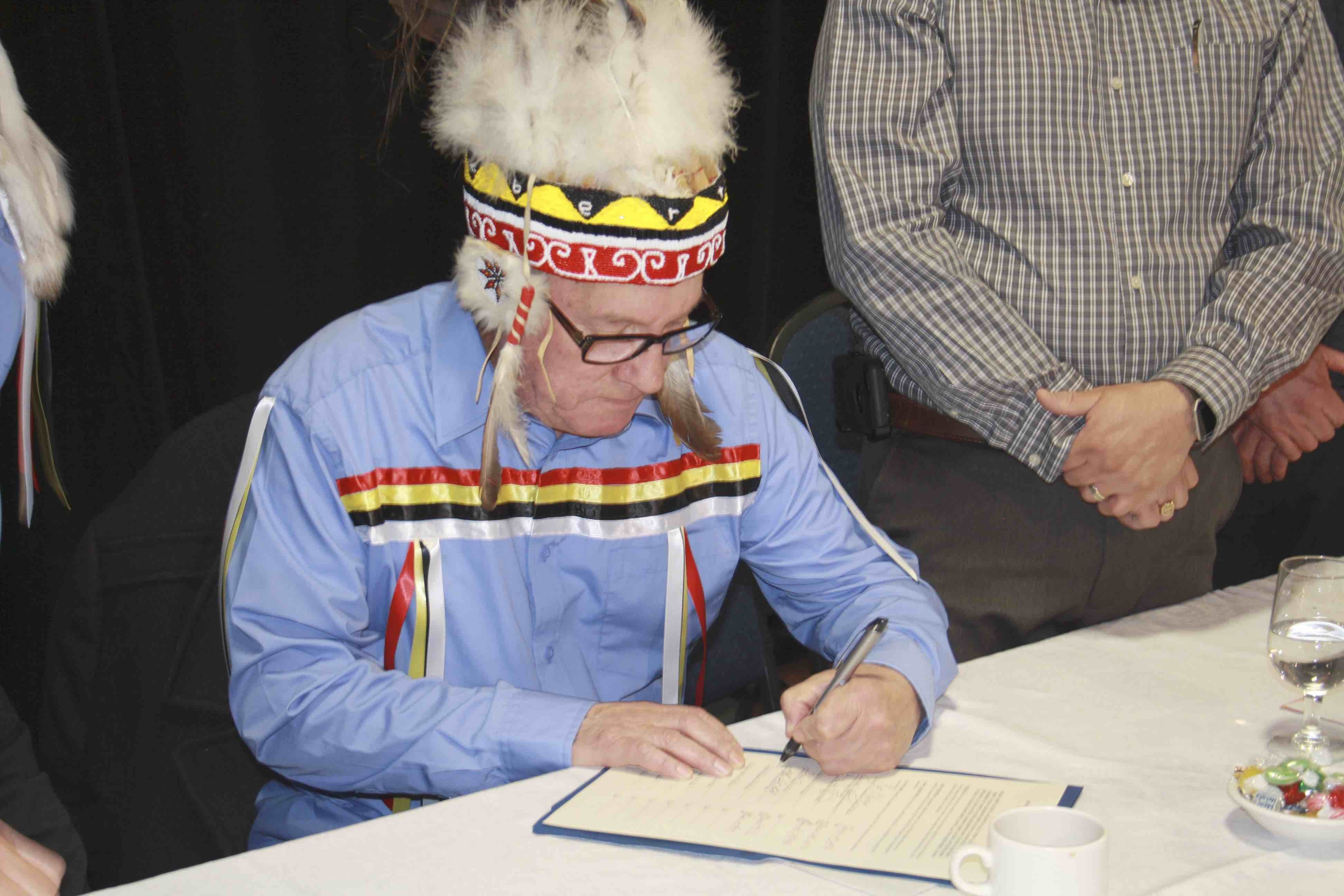 Mi’kmaw people aged 20-39 are five times more likely to get diabetes than other Nova Scotians, according to a newly-created health care data-sharing registry for Indigenous communities.

The First Nations Client Linkage Registry is a joint project of First Nations chiefs, the provincial government and Health Canada. The new registry was announced Thursday at at the Cunard Centre in a signing ceremony featuring all 13 of the province’s Mi’kmaw chiefs.

“This registry is the first of its kind in Canada,” says Chief Andrea Paul of Pictou Landing First Nation. “Over the past several months the department of Health and Wellness has linked the registry with a number of provincial health data sources to develop health reports for our communities.”

According to Paul the registry includes information on issues such as rates of chronic diseases like cancer and diabetes, mental illness and information on the health of mothers and newborns.

Planning for the registry has been ongoing since October 2012.