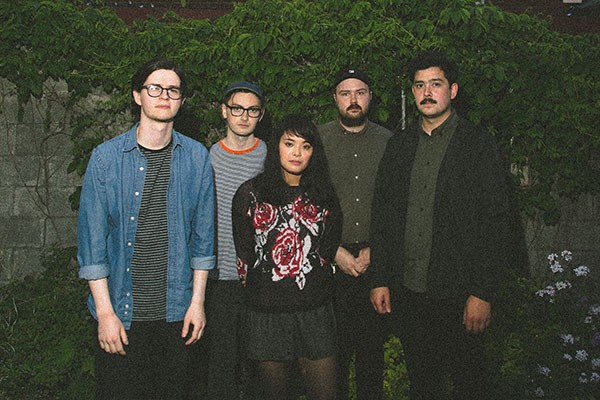 From the opening notes of Frail Hands' debut, S / T, it's clear the "melody-driven hardcore" five-piece's name isn't picked for literal reasons: Guitars offer punk-tinged noodling as the beat knocks your eardrums off the sides of your brain.

It takes something decidedly un-frail to make a sound so ferocious—and, as guitarist Tom Burke puts it, it takes a share of seasoned musicians, too. "I've played in bands since I was about 15 and I've never had one progress this quickly. It wasn't that far of a dive into the unknown musically—we had all played in hardcore bands before so it was just us trying to do it more seriously this time," he says. "We're all on the same page, we all know who our influences are so it's very cohesive."

Exploring what Burke says is a niche of hardcore that's smallish in Halifax, the band's already seen its share of success, despite only forming in spring of 2017. He notes the group just returned from Toronto, has a festival spot in Newfoundland on the books and has shipped albums worldwide.

"It sounds like an oxymoron, but we try to do a melodic-dissonance sort of sound, which is a big feature in a lot of late '90s, early-2000s emotive hardcore bands," he says. "The bands I really like listening to are all like that: Melody-driven but still abrasive and hard-hitting, so to me it just encompasses every emotional string I'm trying to hit." —MM