Reason 294875 for the city to speed up its plan for a landlord registry. 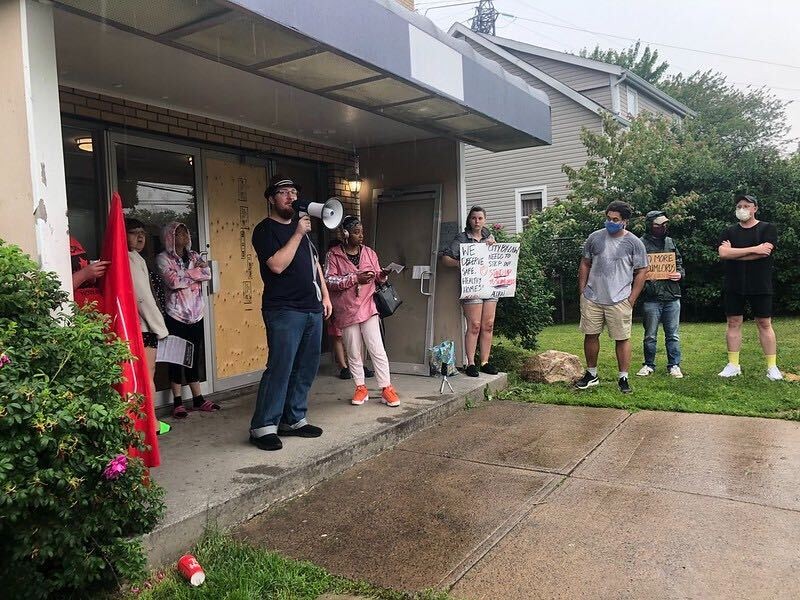 Kim Rankin didn’t have any particular issues with her landlord in early 2020. She and her partner live in a building at 6 Nivens Avenue in Dartmouth, one of two apartment buildings in the area owned by a Tracey and Mario Morrison, managed by a company called Harbour Mews. The Morrisons purchased the building on Nivens Avenue back in February.

Before the sale, every month Rankin would take a cheque to the rental office, which at the time was Northview Apartments REIT on 9 Primrose Avenue but with COVID and the changeover, things took a strange turn.

Around mid-March Rankin Received a notice saying that because of COVID-19, the rental office needed to reduce the number of people coming in and limit human contact, so tenants should email their payments. But this notice didn’t have Harbour Mews letterhead or contact information. It asked Rankin to send her rent payment to an email address she hadn’t seen before, with seemingly no affiliation to the rental agency, making her too uncomfortable to set up the e-transfer.

Soon she found another notice in the hallway. This one had Harbour Mews letterhead, but still didn’t name the company’s representative or provide contact information. It instructed tenants to send their rent to a different email address from the first notice, again with no apparent connection to Rankin’s landlord.

Rankin reached out to both emails, and received more confusing information. “Both of them gave the same company name, but both of them told me to pay my rent differently,” she says. “And both of them threatened eviction if I didn't pay the way they wanted me to.”

After a bit more confusion Rankin was finally able to officially contact the owners of the building and send her rent, but before then, while  Rankin was trying to figure out where to send her money she was told via email “ask your neighbors where they pay rent,” Rankin finally decided she would do just that—and her neighbours had a lot to say.

While others were less worried about how to pay their rent, they had bigger problems. They couldn't get out of the fire escape, their windows were broken, and remained that way for weeks, there are holes in the roof so when it rains it pours down on tenants and doors were broken into and never fixed.

Rankin sent numerous complaints to the city and even saw her rent be increased in the months following, so she started talking to the Halifax Tenants Union, trying to figure out what to do and at that point they directed her to ACORN, an independent national organization which helps tenants fight back against unfair living conditions.

Once made aware of this situation they helped organize the tenants of the apartments on Nivens and on July 14, they took to the streets, marching to the Harbour Mews rental office at 271 Windmill Avenue with megaphones and red ACORN flags.

Krista Perry, a member of ACORN says it contacted a city building inspector after hearing from Rankin.

Sydnee Blum, ACORN field organizer says the city by-law inspectors have been into the building and found 18 violations in the hallway alone of 6 Nivens Avenue. Some issues included cracked, broken windows, mould on walls, leaks in the ceiling, rodents and broken door locks. The landlords will have 60 days to make repairs or risk another visit from city inspectors and face fines.

Perry, who joined ACORN last March spoke at the event and says she's had her own struggles with housing and is happy to help others with others.

“I’m helping to speak for other ACORN members about our municipal demands. We are pushing the city to do landlord licensing which they said they would do a year ago but were still waiting for them to come through on their commitment on that,” says Perry.

Landlord licensing would allow for stricter monitoring of landlords through the implementation of a database where all new and existing rental units would be licensed and all landlords and property managers in HRM would be as well. City spokesperson Erin Di Carlo says the registry will follow a staff report which is scheduled to come to regional council this fall. This will be a year and half since council voted to look into the issue.

Blum says ACORN may go forward to present on landlord licensing to council in the next few weeks, but there aren't any concrete plans so far.

The results of Rankin’s rent confusion will continue to see changes as ACORN plans to have the city come in and inspect the other units owned by Harbour Mews on Nivens Avenue and Windmill Road.

“We’re not talking about minor cosmetic stuff, we’re talking pests, fire safety. If they enact” building codes for these you know it needs to be enforced somewhere. Just trusting the landlords is not enough,” says Perry.

Harbour Mews, the Morrisons’ property management company declined to comment at this time.

For more info about reporting non-compliant issues in your own building click here.