Nat Chantel’s Silence and Sound After

The artist wants to encourage BIPOC to release the sound of erasure and inter-generational trauma at her Nocturne performance. 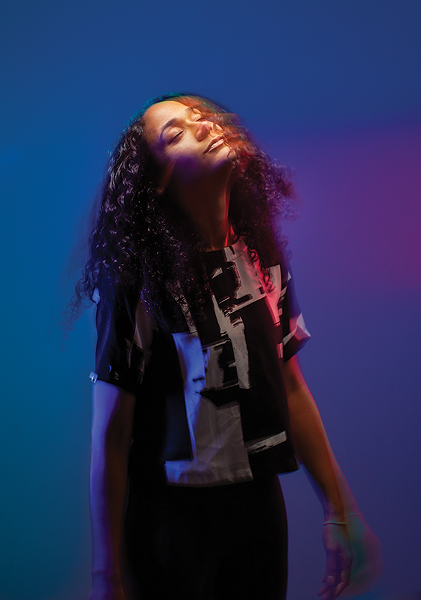 For NAT Chantel, the release of human sound is more than auditory. More than just a release from the entanglement of vocal cords.

For Chantel, sound is presence. It is reclamation. It is consciousness.

It is repossession of a voice once lost.

"There are parts that...who you are as a person is overlooked," she says, explaining how society turns its head from marginalized groups. "There are deep ramifications to that erasure, and those things need to be seen."

Chantel returns to Nocturne this year with her project The Silence and Sound After, a sound performance for Black and Indigenous people, as well as other people of colour.

"The sound is unrehearsed," says Chantel. "It comes from feeling. It's based on the energy, the surrounding energy of the environment and space that's within, and the movement and presence of people."

Using her own experiences as an African Nova Scotian woman, The Silence and the Sound After will examine "what is housed in the body after structures are built, populations take claim and displace bodies of people," Chantel's Nocturne blurb says.

While Chantel says it's not up to her to determine what audiences will feel at her upcoming Nocturne performance, she encourages people of colour to join The Silence and Sound After and release sound "without explanation."

"These sounds are nondescript. They're not associated with language. And although they can be, it's a choice. It just comes from that time. It's from our knowing of our lived experience, and that of our ancestors and what's within us."

With a background in multimedia, textiles and sculpture, Chantel has used sound—and silence—in recent performances to express ideas and feelings that words and visuals are unable to capture.

Chantel says silence and sound "both speak to identity and how one identifies with themselves. There's a lot of time of reflection when you get sounds, and when you take in sounds."

She says the context of Black Soap doesn't necessarily need to be explained.

"I put the work out there because it needs to be seen. I think there's a lot of need in society to have context and to have something kind of be clarified, or known." Black Soap, she says, "was something that needed to be expressed."

Chantel knows she's vague regarding her work, but she says that sometimes silence can invoke greater reflection upon the themes expressed in her performances.

A performance where few words will be spoken but many people will nevertheless understand, The Silence and Sound After is sure to question perceptions of societal narratives—even after Chantel's final cries fade to silence again.