No apologies from The Sorrys

These family guys may have a few years on the average indie band, but they know what’s going on. 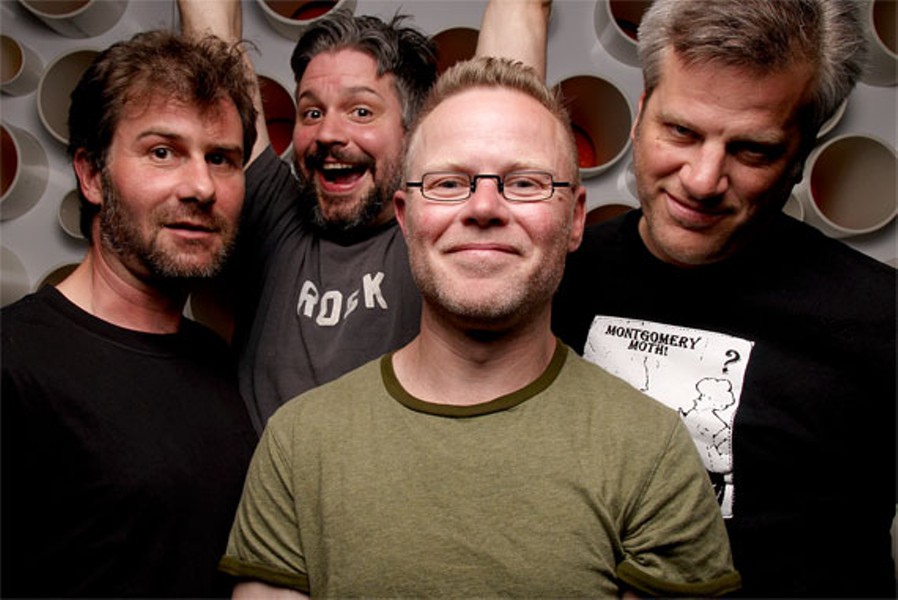 Trevor Millet pulls at his scraggly salt-and-pepper beard before pausing: "We understand you, and thus we can make you feel better."

The Sorrys' affable frontman is being facetious, but, given that the quartet has been dubbed "the elder statesmen of the Halifax music scene," there's some sage advice in there too. Although in their 40s, The Sorrys are releasing their second record, Neanderthal Cell Phone, and once again, teaching the young'uns a thing or two.

"Everyone assumes getting older is terrible, and there are certain things that suck about it, but I would never go back a decade or a half-decade," says Millet. "The shit you figure out in those five-year increments is pretty important."

Every song is still a product of weekly practice sessions. Since Millet and guitarist Jim Cameron met at a party seven years ago, they've been jamming every Friday night.

"It's our night out. We're having fun. We drink a bit too much always," says Cameron. "The primary thing is friendship. Fortunately music comes out of it."

The weekly sessions are a cathartic affair. Millet admits the frustration and anger can be heard in their songs. With families and careers, it's tough to get out much and touring is impossible (Millet spins it as The Sorrys being "a very green band"). So with limited time, they're just focusing on writing music and having fun.

"I still read Pitchfork everyday and listen to stuff that's going on. But it's like, two kids and a full-time job, it's just really difficult, says Millet. "At this point we've sucked up a shitload of music in our life and maybe it's time to spit it out instead."