No knockout for Sucker Punch

Too much mini skirt and not enough plot make this film a miss. 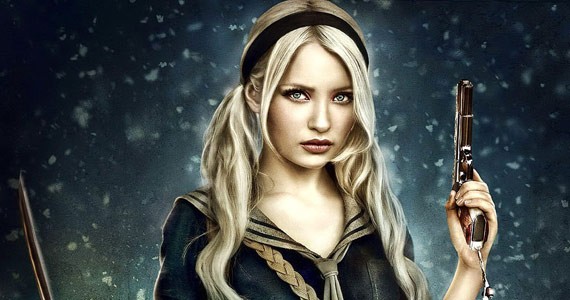 Ass-kicking women are the main attraction in Zack Snyder's latest addition to his repertoire---he directed 300 and Watchmen ---of comic book fantasy flicks. Babydoll (Emily Browning) is orphaned at age 20. Instead of escaping from her abusive stepfather's care, she's sent to the loony bin. Only she can free her fellow patients, all beautiful women, from the asylum (more of a brothel) using her vivid imagination, a world she enters by dancing for men. Sucker Punch isn't a movie so much as a series of intricately computer-animated video game fantasies in which miniskirt-clad women fight menacing creatures, from zombie SS soldiers to dragons, without even breaking a nail. These sequences are intertwined with an incoherent, pseudo-porn plotline. Montages, slow-motion and 1950s-stylized sets don't redeem it.

Sucker Punch is not showing in any theaters in the area.