The world-leading researcher on environmental racism shares her message with art. 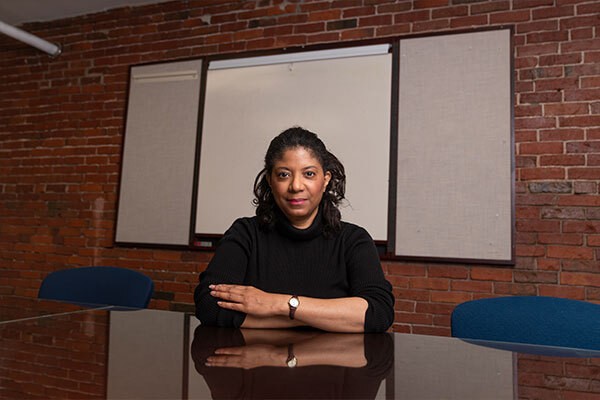 
Dr. Ingrid Waldron never expected to have an exhibit at Nocturne. After all, the sociologist, author, world-leading researcher on environmental racism and co-producer of the documentary smash There’s Something In The Water (yes, the one Ellen Page co-directed, based on Waldron’s book of the same name) doesn’t even carry the word ‘artist’ amongst her lengthy list of accolades.

But when festival curator Lindsay Dobbin reached out to Waldron asking her to contribute to this year’s multi-evening, online and IRL event, Waldron knew she had to say yes: “It’s a form of knowledge sharing: We always try to find ways to share our knowledge in different ways,” the Dalhousie professor says, speaking by phone. “That’s actually what knowledge mobilization in academia means: It means that you need to target people in different ways because not everyone is going to want to read a book, some people might get a bit tired attending an event at Central Library where people are just speaking and there are no breaks.” (Waldron adds that her events often feature an artistic angle, like a spoken word performer or a drummer–so really, it isn't a stretch.)

By this point—thanks to her many speaking engagements, interviews and her documentary making it to Netflix after debuting at the Toronto International Film Festival in 2019—Waldron thinks most folks are starting to get the message that environmental racism is real and it’s right here, affecting people in our own communities: “When I started the project in 2012, I did get people who said ‘This is not a race issue, Ingrid. It’s a class issue.’ And I said ‘Yeah it’s a class issue, but why can’t this also be a race issue?’,” she says. “I no longer get people sending me emails disparaging my work. So, I think I’ve already made strides because that was something I experienced early on.”

But there is, of course, more to be done—so Waldron and Dobbin compiled a list of Black, African Nova Scotian, Mi’kmaq and mixed-race artists and activists of all genders and orientations to collaborate on pieces surrounding, as Waldron puts it, “any land-based struggles.”  (“I want my events to be informative educational experiences but I also like what art does: It brings it home, in a way,” adds Waldron of the project.)

These pairings of activists and artists—which include the likes of noted Africville activist Irvine Carvery and former Poet Laureate Rebecca Thomas—will present the results of their collaborations via a live Zoom call that attendees can join via nocturne.ca.

Waldron will lead a panel discussion after the presentations, asking questions like “What can we learn from one another? How can we engage in social justice and activism through that solidarity?”