Nocturne: Not to be missed

Nocturne: Art at Night has reached new—curated! themed!—levels with nationally and internationally renowned artists and over 90 free exhibits. We highlight some of the must-see projects flooding the city from 6pm to midnight, Saturday, October 19. 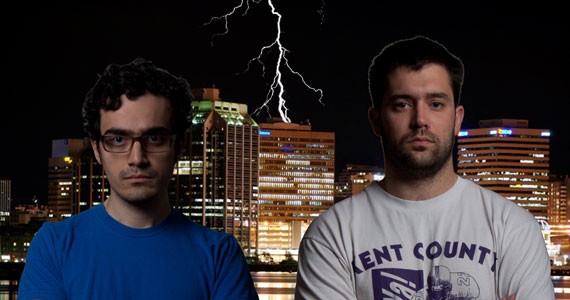 Two artists will take on Nocturne 2013 in an attempt to see, critically review and photograph all 91 projects located across Halifax and Dartmouth using Twitter as the competition medium. The first artist to visit all the pieces and cross the finish line at Anna Leonowens Gallery will be the winner. The competitors are Ontario's Julian Higuerey Núñez and Henry Adam Svec, two friend-rivals who met at the Banff Centre in 2011 and haven't stopped competing since. At Nuit Blanche in Toronto last year, they attempted a Twitter race with unclear results. This is their penultimate attempt. "We offer a condensation of the totality of the event," says Svec. People are invited to follow Svec and Núñez during Nocturne from home or while out and about themselves. "I think the platform allows for immediateness to communication that is quite amazing," says Núñez. While the tweets will be aired live in the gallery, the competition trail can also be followed racingforeverything.com. "Julian will move through the city quicker. He's on bike, I'm on foot, but I am faster at experiencing art, so this is really anyone's race," says Svec, who claims Dartmouth will be a challenge. "I have been carefully crafting a route that will optimize the viewing experience," says Núñez of his strategy, "but I would prefer not to disclose too much as Henry has been known to cheat." Fiery competition is sure to set this technological and mobile art review project ablaze. --Adria Young 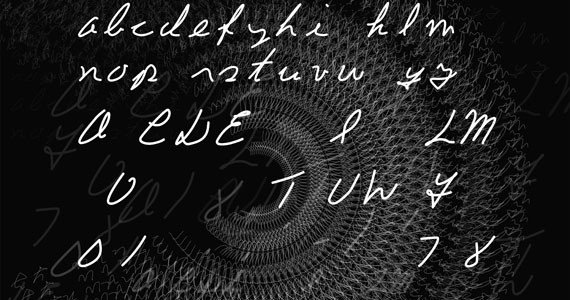 You're going to need to head across the harbour to the Quaker Whaler House (9 Ochterloney Street) for Ehryn Torrell's moving tribute to her mother, but it'll be worth it. Using a letter her mother wrote to her before she died, she's managed through intense effort and collaboration with "a 3D designer from Glasgow called Dotsan, several 3D printers and an investment casting company called Micro Metalsmiths in the UK" to manufacture a custom type ball and typeface for an original IBM Selectric typewriter that uses her mother's writing.

"I was drawn to the idea of changing my relationship to this very important letter," says Torrell. "Of making something new with it, and allowing other people, strangers even, to have a say in that process." Of course, the letter couldn't accommodate all 88 letters and symbols traditionally found on a typewriter, which allows for spaces and absences of characters that the viewer must confront. "I like the process of using new and old technologies together," she says. "Manufacturing the object has been very challenging, but it's been an amazing process of negotiating meaning, sentiment, logic, materials and economics. Knowing when to stop–when to accept the limitations presented and to find the work to be realized–has been a very interesting part of the process."

Torrell's also saving a few well-guarded surprises for Nocturne, but she can reveal that there will be an online blogging element that will allow people from all over the world to participate simultaneously with visitors. --Lindsay Raining Bird

Kelly Mark is a multidisciplinary artist from Toronto whose work ranges from detailed and ornate letraset patterned drawings, to common and mundane phrases formed in neon signs, to the relentlessly satirical promotion of an alt-rock band that doesn't really exist. Mark's speciality seems to be the juxtaposition of the mundane and everyday with advanced and intricate forms of artistic production. Her work consistently challenges intrinsic privilege and inherent meaninglessness. It's a real scene, guys.

For Nocturne 2013, Mark will verbally demonstrate the dichotomous relationship between everything and nothing through two gender identities, a man and a woman, in a 15-minute spoken word performance at the Roy Building. The "woman" will lead the dialogue and open each sentence with an axiomatic or common phrase from regular vernacular that begins with "Everything." The "man" will reply similarly with a phrase that begins with "Nothing." By the conclusion, each will recite 100 phrases. The contrast between phrases, words and identities paired with endless repetition is sure to incite at least an existential crisis in the viewers and listeners of the performance. What rituals inform our actions and what do we take for granted? How much meaning do we give words? Ultimately, how does everything and nothing interact? And at what point does everything become nothing and vice versa? --AY 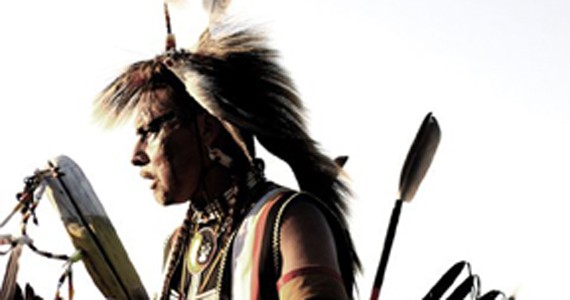 Last November when No Doubt's cowboys and Indians-themed video for "Looking Hot" debuted and was pulled one day later after an angry backlash, Ursula Johnson was paying attention: "One day I heard the song on the radio and remembered all the controversy around the music video, and I just had one of those moments where I saw the piece play out in my head and immediately thought that I wanted to propose it to Nocturne." With the help of Soto pow-wow dancer Bert Milberg, Mills will be transformed into a platform for indigenous performance art as he alternatively dances and strikes "stoic Indian" poses while a looped remix of No Doubt's song plays in and outside.

"The main critique was accusations of cultural appropriation and perpetuation of stereotypes of the western 'cowboys and Indians' relationship," says Johnson. "I believe that the group's intention was not to perpetuate stereotypes but was an attempt to engage in critical cross-cultural dialogue about historic and current romanticizations of American Indians. One of the aims of the project is to create space for viewers to consider representation of indigenous peoples and to witness indigenous self-determination through the act of performance."

Nocturne was the perfect opportunity to attempt this, explains Johnson, who's interested in the "visceral nature of performance and installation festivals" and how art consumption in these instances has the power to transfer knowledge–even if you don't know it yet. --LRB 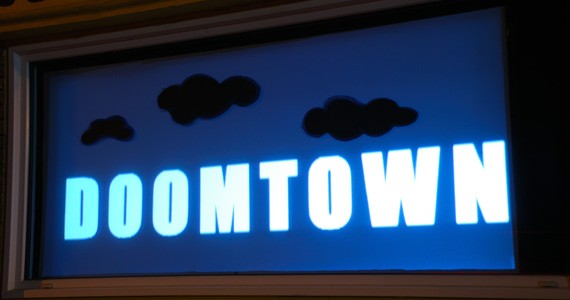 At The Centre for Art Tapes, New Brunswick-based artist Ryan Suter presents DOOMTOWN, an interactive video projection that explores and explodes the geography and meteorology of Halifax. Suter, a media artist who has taught at NSCAD and Mount Allison University, teamed up with CFAT to create a virtual and completely interactive audio-visual projection and performance that uses impending doom (indicated by clouds and weather phenomena) to threaten a recreated streetscape of Halifax. The project is described as "a composite image that's both familiar and alien" to its viewers. Participants have the option to control the doom through physical movement. "By approaching the projection and raising their hands in support or defiance of the impending doom, the viewers are implicit in the nature of the space." For a city of sudden showers and unpredictable natural forces, now is your chance to make it rain and take control of what is usually far beyond the reach of human ability. --AY

Like 1977 movie The Hills Have Eyes, this Saturday night, the hills might actually have eyes. The Artistic Halifax duo known as LoHiFi Productions, Theo Pitsiavas and Christopher Little have created The Night Watch, inverting the assumption that we look to the Citadel. Instead, it will look at us.

"For us, the best Nocturne projects have been about light in the darkness, about bold iconic ideas expanded to fill the empty spaces of Halifax at night," says Little. "The wide stretch of Citadel Hill along Sackville Street has always seemed like a giant canvas that was waiting to be painted with light." Manipulating light and playing with opposites, LoHiFi likes to tell epic stories through simple arts. The idea to utilize the geography of Halifax came from their tendency to use non-traditional theatre spaces, and from experiencing the empty green lawns between Brunswick and North Park Streets. "We wanted to create a very intimate and personal experience for our visitors over an enormous distance," says Little. "We want them to see something but also really feel like they have been noticed and acknowledged. It's a nice way to surprise audiences because they have fewer expectations." --AY 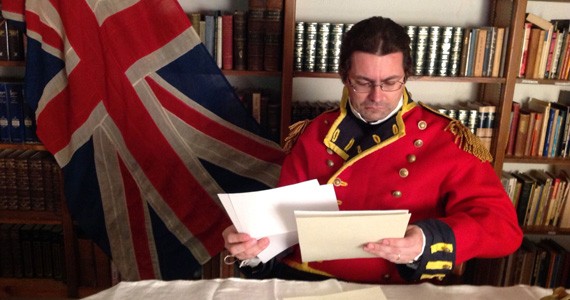 Get in touch with your inner Jack Bauer, and quick, because a meddling time traveller has planted a bomb somewhere in Halifax in a diabolical attempt to change the course of history, and you, Nocturne goer, are our only hope. The digital innovators behind last year's Tweetris are back again with a new bit of interactive genius in Operation: Citadel. "We are broadly interested in playfully blurring the boundaries between digital and physical," says Derek Reilly.

Also inspired by the Nocturne theme of Time and Space, Reilly and co. have been developing the game since May–creating backstory short films and scripting the experience that will take place on two linked sites on the waterfront and the Citadel. If you drop by the waterfront location you'll be cast as 1812-era soldiers who need to work with the modern-day Haligonians up on the Citadel to solve clues in order to find the charge and defuse it before history is changed forever. "We hope attendees have a lot of fun playing the game, and that a good number experience both sites, as each is very different," says Reilly. "A nice second outcome would be for attendees to have a sense of engaging with Halifax's past." While it lasts. --LRB 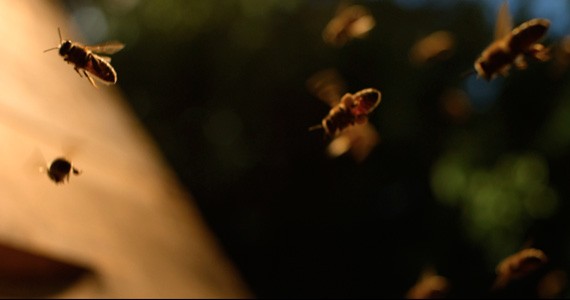 Bee-focused filmmaker Jeff Wheaton met artist Ruth Marsh while working on his 2013 AFCOOP short film, Hive. Marsh's art has long been bee-centric: she uses beeswax, performs bee taxidermy and made an earlier form of the hive for Nocturne 2011. Theirs is an artistic relationship as smooth as honey. With Wheaton's audio-visual skills and Marsh's talent for design and installation, the pair has created a human-sized beehive for Nocturne, intended to draw sympathy for the threatened insect.

"I see my work as a way of presenting an off-beat conversation opener," says Marsh. The hive will immerse visitors in a bee's world and use sight, sound, and scent to evoke a connection to nature. "I like to think of it as eco-awareness," says Wheaton. "This may bring people closer to these creatures in a way they never imagined."

For the last decade, scientists have warned the public about the rapid decline in the bee population, which will have serious and immediate agricultural consequences. "We should be concerned. Bees are at the early stages of food production," Wheaton says, also noting the beauty of the species. "If we are abusing bees as a contributor, where will we be in the future?" --AY