A decade of hard work from Noisography’s Tiffany Naugler and Dan Nightingale has resulted in a priceless Halifax music archive. 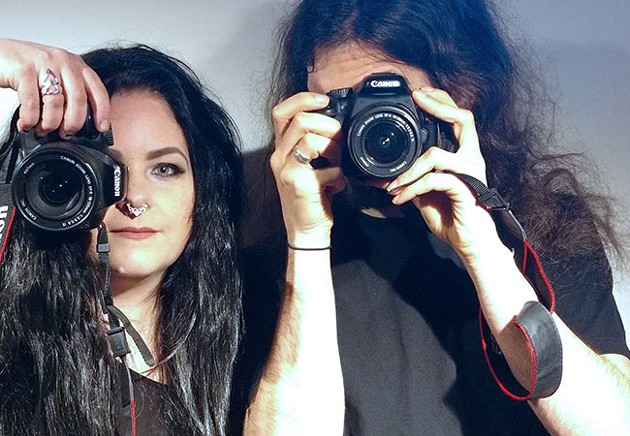 Tiffany Naugler and Dan Nightingale would "bend over backwards" for music in Halifax. They are the co-founders of the blog and media company Noisography, which celebrates its 10th anniversary this year.

Before smartphones and social media, Naugler and Nightingale were lugging cameras to shows, hoping to capture a candid moment to share with fans online. Over a decade, Noisography has recorded, photographed and interviewed hundreds of local artists and bands such as Quiet Parade and Like a Motorcycle.

"These are all bands that we were there for their first show," Naugler reflects. "It seems surreal to see them out there on tours."

Noisography unofficially began with Naugler snapping pictures and blogging about shows. Both heavy metal and post-rock enthusiasts, Naugler and Nightingale were challenged to branch out from their own niche to showcase the variety of great talent in the city. The Noisography website, which officially launched a year later in 2008, has since become a visual testimony to evolution of the city's music scene.

"I want people to look at a photo and be able to say 'That's what happened, that's what it looked like,'" says Naugler.

Noisography still travels to festivals and performances across Canada's east coast, looking for that "diamond in the rough," as Naugler calls it. They have opened their doors to a number of volunteers through the years including journalism students and novice photographers.

Today, the project has travelled as far as Montreal with the help of long-time partner Sarina Wilson.

Noisography has earned the respect of Halifax's music scene for its free publicity of local artists and the generosity of its co-founders. The two are hosts of the CrashINN at their west-end home, providing bands with a safe, comfortable place to stay while on the road.

"Being in a band and touring around I've slept on so many floors," explains Nightingale, who currently plays in NOR. Naugler calls herself the "band mom"—sending musicians to their gigs after a hot shower, breakfast and even cookies. Nightingale and Naugler have received numerous messages from people they've crossed paths with, thanking them for their work and hospitality.

Looking back at what they have accomplished, Naugler says she is "proud of what Noisography has become" and would not want to pass the company on to anyone that might change its not-for-profit structure. Noisography plans to celebrate its milestone anniversary in the future by putting on a photo exhibit with an open invitation to local bands and music-lovers alike.