After quietly buying and renovating the landmark last year, the Wesleyan church wants to introduce itself to the neighbourhood. 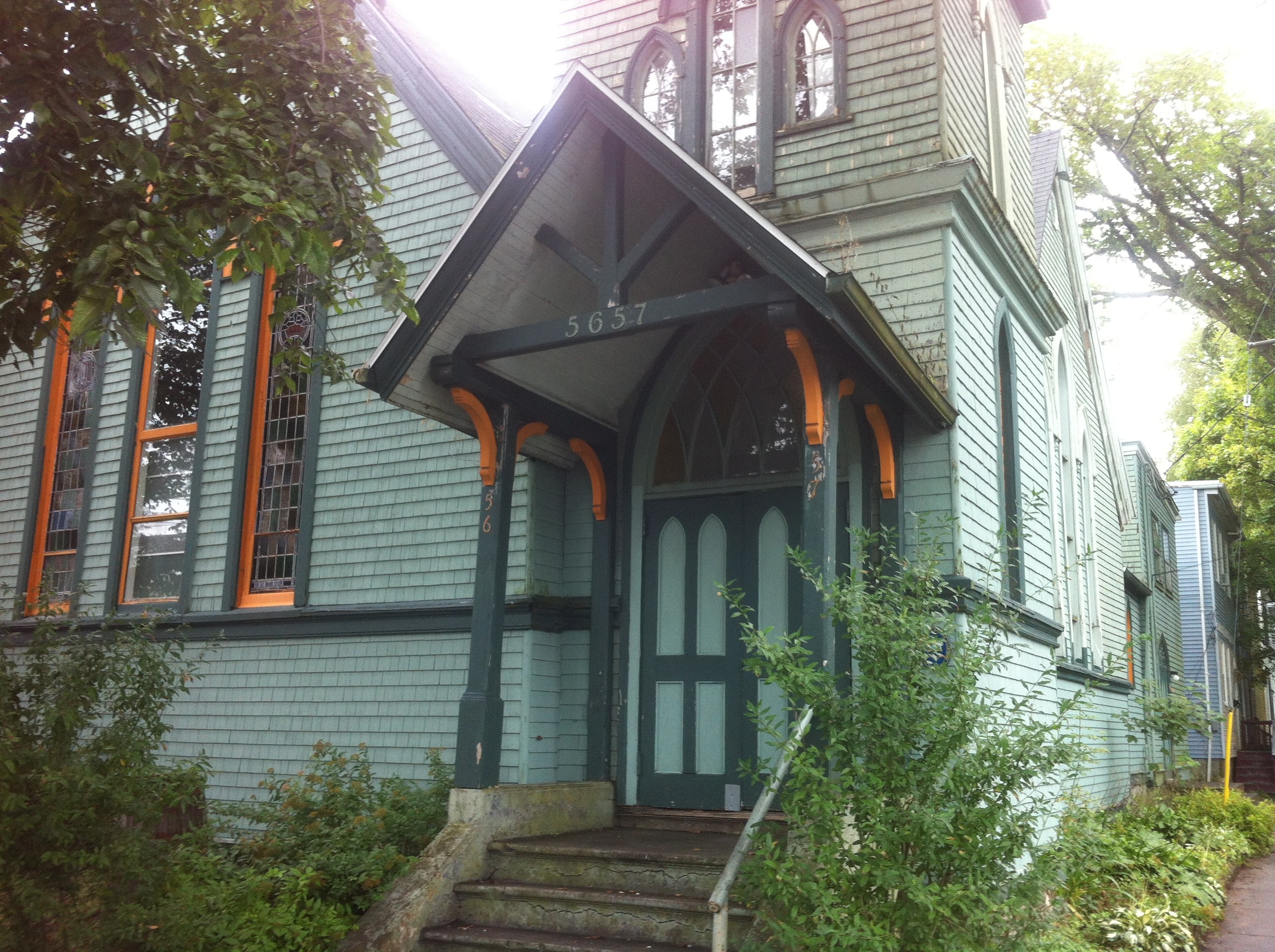 Forgive Jon Stephens his ignorance about the North Street Church’s musical history. The Saint John-born pastor, who’s been living in New York for the last 14 years, only arrived in town a few months ago.

Originally a Protestant place of worship, the faded-green venue at 5657 North Street has been a general usage hall (hosting concerts, film screenings and community events) for years now. The Wesleyan church Deep Water purchased the property a little over a year ago, making renovations to the floor and stage though trying to preserve as much of the original woodwork as possible. Stephens says the church would be happy to continue renting the space out to the community, it’s just not something they’ve looked into yet.

“We've never had that question before, because we've never had a space,” says Stephens, who until now was holding services at a rented-out theatre in Park Lane. “Right now, we're asking the exact same question. How does it work for people using it?”

In the meantime, church members have been introducing themselves to their new neighbours, which has caused a bit of friction. Some nearby residents were less-than-hospitable last week when Deep Water went door-to-door handing out cookies. A few later expressed to The Coast their worries about Deep Water’s stance on homosexuality.

The Protestant Wesleyan doctrine views the fulfillment of homosexual desires to be sinful, and defines marriage as solely between a man and a woman. It’s a theological position which, to be fair, is held by most major Christian denominations. But considering the north end’s strong LGBT history, and the North Street Church’s importance as a public space, neighbours are unsurprisingly troubled about what exactly Deep Water will be preaching.

Stephens does admit he adheres to a "current biblical understanding" of homosexuality, but says that in no way equals hatred for the gay community.

“I apologize for how Christians have done it,” he says of groups like the Westboro Baptist’s freak show. “They hold signs and say hateful things…There's no verse you can find where Jesus would have done that.”

You can read more of pastor Stephens’ self-authored views on homosexuality in his Voice of the City submission here.

The Atlantic district of the Wesleyan faith made headlines last fall, when the Crosspoint church in Fredericton dismissed a youth volunteer because he was gay. Twenty-year-old Colin Briggs had been volunteering since 2011 before Crosspoint's pastor Mark Brewer asked him to stop to “avoid potential uproar that may be caused if families were to find out an openly gay male was working the children's ministry.”

“I know him, but haven't talked to him in 15 years,” he says of pastor Brewer. “That's as connected as we'd be. We're Wesleyan domination, but it's not like there's any shared leadership.”

Nevertheless, Stephens says a “conversation” would be needed if any openly gay individuals wanted to volunteer at Deep Water.

“That question has never come up here,” he says. “It's probably something I'd have to chat with the leadership team on. How would that look, and what would that look like?”

Deep Water’s congregation isn’t small, totalling close to 300 worshippers. Stephens says they skew young, too, with an average age in the mid- to late-twenties. The church’s weekly services get kick-started at North Street this weekend.

***CORRECTION: Based on faulty information, this article incorrectly stated the church at the corner of North and Maynard was originally Catholic. The text has now been changed.***