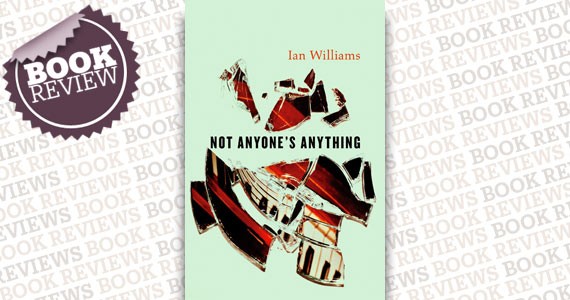 Is the medium the message? With Ian Williams’ Not Anyone’s Anything, it could be. The three times three stories are experimentally told using musical notations, flashcards and simultaneous narratives broken up by horizontal or vertical striations. At times, readers are taken out of their comfort zones as if they are witnessing Williams’ brainstorming sessions---but this is not necessarily a bad thing. His words and phrases alone ultimately allow the audience to indulge in the present moment without needing resolution. A man with HIV who can’t bring himself to tell his first-ever serious girlfriend, a young boy performing surgery on his sister’s hands so she can play more complex chords and two college co-eds deciding if they will date based on a Korean flashcard showdown are just some of the examples of Williams’ “here and now” tales. You decide if his medium is the message or if the message is better told in old-fashioned prose.