Not The Thing of beauty 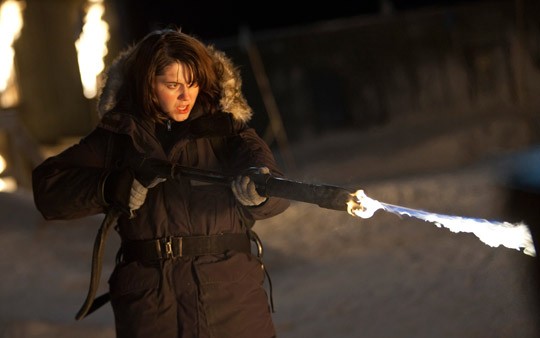 The Thing is a prequel to the 1982 horror movie by John Carpenter, yet retains the title and much of the narrative structure of Carpenter’s classic. The film tells the story of a Norwegian research group in Antarctica who uncover a frozen alien with shape shifting abilities, filling in the backstory leading up to the beginning of the first film. The CG effects are stunning in the prequel, but for diehard fans of the first film, the computerized polish to the alien creature will pale in comparison to the creative animatronics and twisted gore of the original. Where Carpenter’s The Thing created tension with the mystery surrounding the film’s events, like learning how a magician performs his tricks, the prequel ruins much of its predecessor’s charm by showing all its secrets.