Nothing but good vibes

Dwayne Green opened Jamaican Vibes Restaurant in the dead of winter with the dream of creating a cultural hotspot in Cole Harbour. 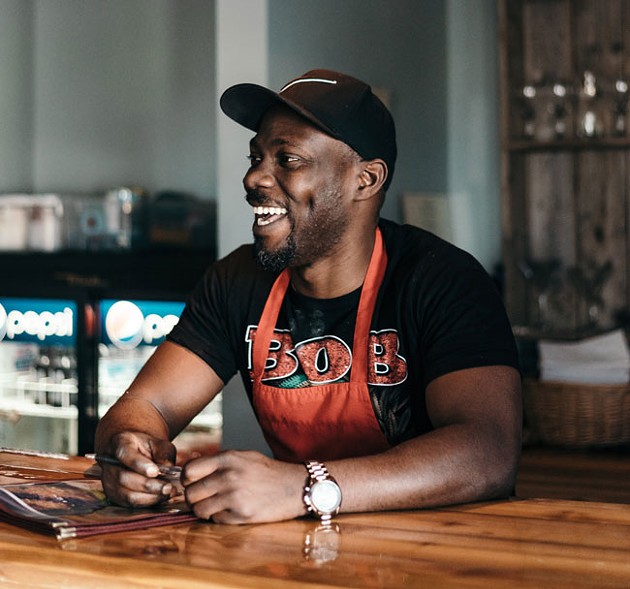 s a young boy people called me Food,” says Dwayne Green confidently, discussing his role as chef and owner of the newly-opened restaurant, Jamaica Vibes. “By the time I was seven I was making Sunday dinner for the family, and I don’t mean simple things, but complicated dishes like lights”—pork, goat or sheep lungs—“and rice and peas with homemade coconut milk.” Listening to is easy, his confidence and knowledge of Jamaican food only bolstered by the melody of his Jamaican accent.

Born in Linstead, a market town in the Jamaican parish of Saint Catherine, Green lived in the US prior to moving to New Brunswick and then settling in Nova Scotia. He had a successful career in telecommunication sales before deciding to, as he says, “transfer the effort I was putting into making money for other people to myself.” As a serial entrepreneur, Green is not afraid of challenges or being told that he can’t do something—opening a Jamaican restaurant in Cole Harbour in the dead of winter, for instance.

“Everybody said that it couldn’t be done and that made me want to do it even more.” 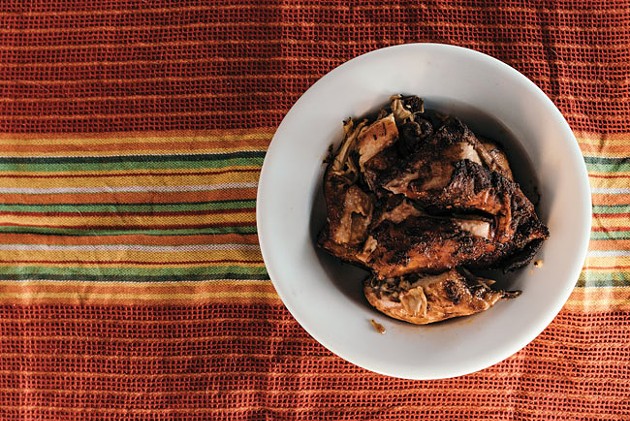 Alexa Cude
The risk has paid off. The restaurant is still in the soft opening stages and already has begun paying for itself, a rarity in the food and drink industry. Green attributes this success to the supportive community, his staff and of course the food. He chose the Cole Harbour location based on its centrality and says that the restaurant benefits from being in close proximity to CFB Shearwater, Eastern Passage and East and North Preston.

Jamaica has an incredibly rich culture and its food, music and people are noteworthy ambassadors. Jamaica in itself is a brand. When he visited the travel agency that’s a stone’s throw away from the restaurant, Green noted there were no brochures about Jamaica. When he asked the staff responded that they aren’t able to stock enough of them to keep up with the demand. 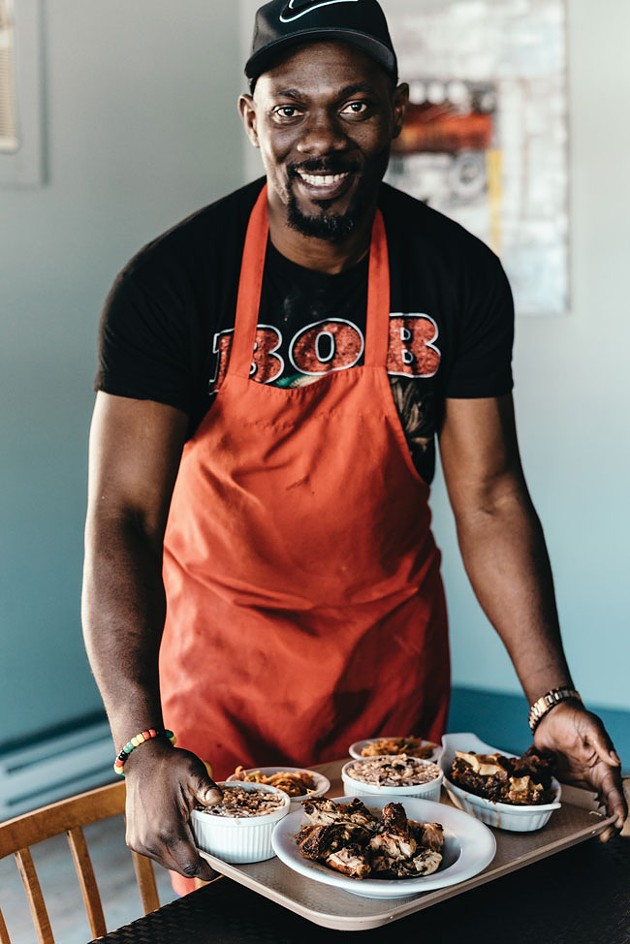 “When people travel to Jamaica such an impression is made and until they visit again they try to relive that feeling and the memories,” says Green, and that’s where Jamaica Vibes comes in. “I don’t see this as just a restaurant, I see this as an important cultural hub for the Maritimes—a place for people from the Caribbean diaspora and people who just love the Caribbean to come and feel this is a safe space to be themselves.”

is a bright and wonderful work in progress. Dartmouth-based visual artist Lynda McConnell has painted impressive murals that not only lift the room and allow the eye to travel, they temporarily transport you to Jamaica. From Bob Marley and a hyper-realistic Usain Bolt to an incredibly striking depiction of Saturday morning market life in Linstead, McConnell and Green have worked to ensure that the room isn’t decorated from a catalogue but is imbued with vibrancy and tenacity—hallmark characteristics of Jamaicans.

Alexa Cude
It’s interesting to note that the restaurant officially opens in March. Green is using this soft opening period to connect with the public, work out service kinks and figure out what patrons actually want.

“The community has been offering great feedback in terms of product and service standards. One comment that I keep getting is that our prices are too low.” Green beams with pride when he describes the expressions on the faces of his guests as they tuck into one of his well-presented and spicy dishes. His busiest times are after-work and dinner hours.“I have to prepare jerk chicken and oxtail two to three times a day,” he proclaims. “We always sell out!” His background in sales and marketing becomes obvious when he speaks about the successful Valentine’s Day event that he hosted last week. The theme was Learn about Jamaica, and diners were awarded prizes when they could accurately answer questions about Jamaica or correctly translate words from Patois to English. It was a sold-out event. 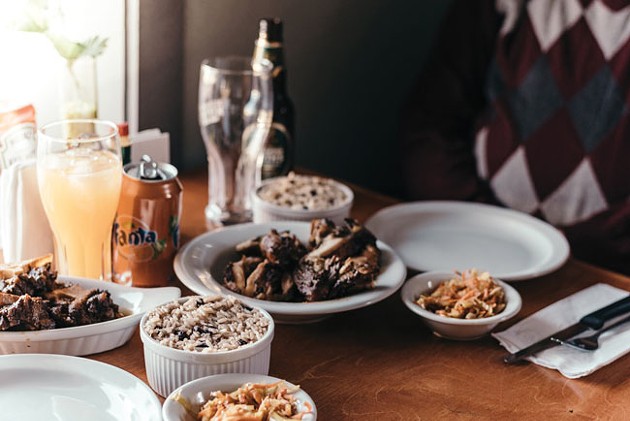 alexa cude
As far as future plans for Jamaica Vibes, Green, without hesitation, wants it to be a cultural hotspot and community space: “This is not my restaurant, this belongs to the people of Halifax and the Maritimes.” There are plans for a patio, weekend entertainment with dancing, and on Mondays (when the restaurant is closed) groups and individuals can use the space for team-building, rehearsals or to, as he puts it, “just play dominoes and chill out with like-minded people.”

When pressed to give an honest answer to why he would ever go into the restaurant business knowing just how volatile the industry can be, Green says, cooly: “The opportunity was there and I said to myself, ‘Well Dwayne, why not you?’”

Vaughn Stafford Gray is a Jamaican-born writer who has a storage locker solely dedicated to his collection of cookbooks and back issues of Monocle Magazine.

Top notch dishes you can make in your humble rice cooker

A beginners guide to biking to the beach in Halifax

Where I work: Birdies Bread Co.

DISH OF THE MONTH:
The Smash Burger