Nova Centre to open sometime between next Christmas and never 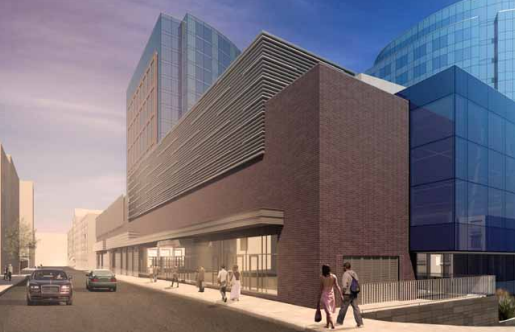 The downtown’s biggest suck will plague local businesses for another 12 months, at least.

Construction on the Halifax Convention Centre won’t be complete until at least December, 2017.

That’s roughly a two-year delay from original plans for a January, 2016 opening, which were subsequently pushed back to this September, and then again recently delayed to next spring.

Nearly two dozen local, national and international events that had been booked for next year—including the Knowledge Discovery, Data Mining and Data Science Research conference, the International Foundation of Employee Benefit Plans and the Canadian Society of Safety Engineering—are now left holding their dicks.

According to a press release from Trade Centre Limited, this most-recent delay is to accommodate aesthetic changes (including a fancy new brick) that Argyle Development’s Joe Ramia wants to make to the Market Street side of the building. Those substantive changes were presented to HRM’s design review committee back in April

“The public engagement process that resulted in a complete redesign of the Nova Centre has made for a better project, however it has also impacted approval processes and the construction timeline,” said Ramia in a press release.

The $500-million Nova Centre will house the publicly-funded $165-million Halifax Convention Centre, as well as a yet-unnamed hotel, commercial and office space.

Trade Centre Limited projections from 2010 estimated the new convention centre would house 6,800 events in its first 10 years. Former TCL president Scott Ferguson said two years ago that it was his goal to attract 15,000 delegates in the centre’s first three years of operations.