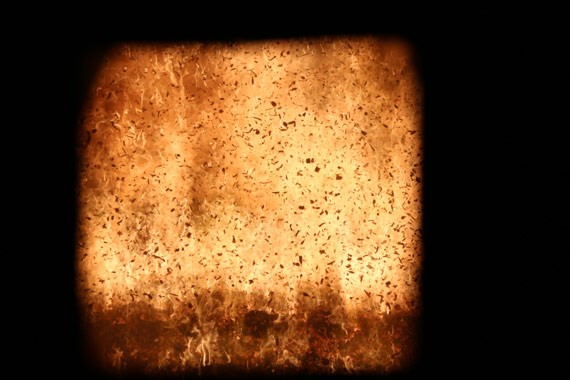 Public concern about the state of Nova Scotia’s forests is driving the government to look at cutting back on clearing trees as a means to generate electricity.

While the department of natural resources laments that the general public doesn’t understand clear-cutting, the department is committing to a recommendation from the provincial auditor general to more clearly outline the role of biomass in the province’s electricity plan.

Nova Scotians spoke out against the harvesting of primary biomass—the clearing of trees—for generating electricity during public consultations last year on the province’s electricity strategy. That’s one reason why earlier this month the province dropped the legal requirement for the biomass plant in Port Hawkesbury to constantly burn 24 hours a day.

The plant, which was boiling trees and pulp around the clock for the last three years, has provided almost three percent of energy to the Nova Scotia power grid since 2013. It was introduced with a stated goal of helping the province meet a renewable energy target of  25 percent by 2015.

Because trees grow back, biomass is considered a “firm renewable” by the province. Keeping the plant constantly running would give the province a reliable source of electricity that could be labeled “renewable,” even if the actual practice was anything but.

“It is counter-intuitive for the province to protect the environment by cutting down too many trees or reducing the quality of already thin and acidic soils,” advised a 2010 report by a steering panel that included the late chief justice Constance Glube and Joe Marshall, executive director of the Union of Nova Scotia Indians.

“There is ample evidence that our forests are already under considerable stress,” said the report. “Despite the need to reduce greenhouse gases, Nova Scotia does not have the wood capacity for biomass use to make much of a difference even provincially.”

The must-run status of the Point Tupper plant drove a demand for biomass that suppliers struggled to fill. In 2014, the plant’s first full operative year, 10 percent of the 530,000 metric tonnes of biomass burned was shipped in from outside of the province.

In 2010, Nova Scotia Power said the plant would exclusively use “stem wood,” leaving tree stumps, tops and branches behind to restore nutrients to soil. But since then, DNR has admitted that private contractors are clear-cutting forests—cutting and chipping whole trees en masse—to feed the plant.

Last year Allan Eddy, DNR’s associate deputy minister, told the Chronicle Herald that NSP has “an obligation to its ratepayers to get wood fibre as cheaply as possible” and “the cheapest way is to clear land, not selectively harvest to improve the lot for the future.”

The practice was defended by DNR earlier this month at a legislature committee meeting on forestry. Frank Dunn, DNR deputy minister, said clear-cutting and its impacts are “generally misunderstood by the general public.”

Not so, according to Raymond Plourde, wilderness coordinator at the Ecology Action Centre. Most people actually do understand the impacts of clear-cutting, he says. “It’s like resetting the forest to zero.”

Clear-cutting burns carbon-absorbing organisms and leaves soil depleted while evicting resident wildlife. Plourde says DNR’s justifications for endorsing clear-cutting are rooted in the notion that it will inevitably happen anyway.

The Ecology Action Centre has commended the government for ending Point Tupper’s must-run rule, but the organization is still calling on the government to declassify primary forest biomass as “renewable.”

The DNR will release a five-year progress report on its Natural Resources Strategy by August 31, including an update on their goal of reducing clear-cutting to 50 percent of all harvests by September. But the province is still betting on biomass as a power source. In January, Nova Scotia Power estimated biomass will increase from generating 2.8 percent of electricity in 2015 to 7.7 percent by 2020.