Nursing Homes of NS is launching its own election campaign

When the writ drops, the association wants to remind people that long-term care needs help.

W hen election signs hit Nova Scotian lawns, so will
campaign signs from the Nursing Homes of Nova Scotia Association. The organization is calling for a ministerial portfolio of continuing care and highlighting “issues that have been facing long-term care for decades.” 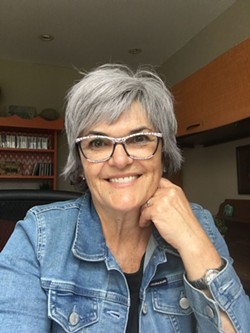 Michele Lowe, executive director with the nonpartisan NHNSA, said in an interview the association planned its own election campaign in order to pressure political candidates from all parties to address the continuing care sector, which is “screaming for attention.” The hope is that the signs will encourage Nova Scotians to ask their representatives how they will support the sector, which has about 1,300 residents waiting for nursing home beds.

“As a province we need to think differently and completely reform the way we develop senior care,” Lowe said in an interview Friday. “That’s why we’ve asked for a minister portfolio just for continuing care, we get lost in the structure with acute care.”

Following Saturday morning's election call, Liberal leader Iain Rankin said he is not considering the addition of a separate portfolio for continuing care.

“No, we’ve eclipsed a billion dollars in that area," Rankin said in a scrum Saturday morning.


"We see it as a priority, we’ve made investments in home care, which has increased every year. We made historic investments in long term care… we’re going to continue to make those investments within the department of health and wellness.”

Lowe said she’s hopeful that with the addition of a specific portfolio for continuing care, organizations like the NHNSA will have a better chance of being involved in nursing home infrastructure consultation. Lowe was pleased with Friday’s $905 million investment to add 64 new beds by 2027, but was surprised to hear it announced.

Rankin’s pre-election funding frenzy continues
Thursday featured electric buses, action on the Coastal Protection Act and Friday brought even more.
By Lyndsay Armstrong and Victoria Walton
News
“We were thinking, Wait just a minute, we were not a part of that. How can you create a plan for long-term care when the very people who are a part of that plan have not been contributing?” she said.

This is the second of two major long-term care infrastructure plans this year. In January, the province announced it would add 236 beds, which are expected to be ready sometime in 2024 or 2025. The NHNSA was not consulted in these plans either, Lowe said.

“How can you create a plan for long-term care when the very people who are a part of that plan have not been contributing?” tweet this

Lowe does not believe the province’s recent efforts go far enough or move quickly enough to give the sector the support it needs.

“We want to be able to plan and position ourselves for the future, and we need to address the immediate needs of right now. With the 236 beds three or four years out, that’s not helping us or the waitlist right now,” she said.

Lowe says the pandemic was an “ah ha” moment for many to realize how neglected the continuing care sector has been in Nova Scotia.

Long-term care has been under the microscope following the high number of COVID-19 deaths occurring in provincial homes, particularly Northwood in Halifax where 53 people died. Repeated calls were made for public inquiry into the outbreak, but instead the province called for a review under the province’s Quality-improvement Information Protection Act which meant only recommendations were made public—permanently keeping findings from the investigation under wraps.

Related What happened at Northwood?: How Nova Scotia failed its most vulnerable.
an exclusive coast investigation

What happened at Northwood?
How Nova Scotia failed its most vulnerable.
an exclusive coast investigation
By Stephanie Nolen
COVID-19