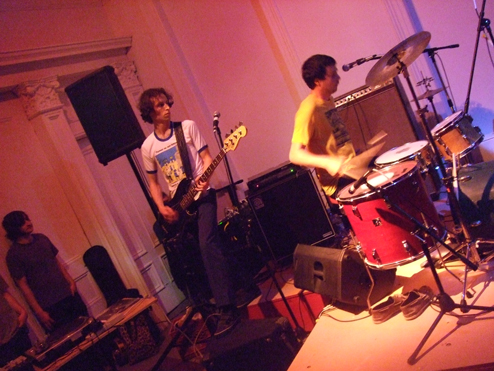 The Khyber started things off, appropriately, with a few spurts of blood and someone in an animal costume writhing on the floor. 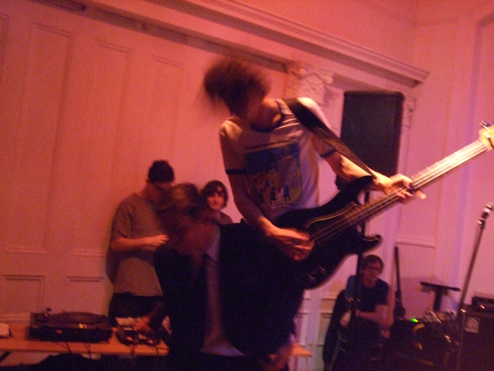 Roomdoom I probably can’t speak objectively on since it’s a friend’s new project, but they’ve been riling up audiences with a danceable experimental electronic sound since they started playing this winter. Adam O’Reilly plays with Fall Horsie and has dabbled between folk and noise music, and suffice to say this is probably my favourite musical project he’s undertaken. They released a new single with handsome screenprinted cases last night as well. 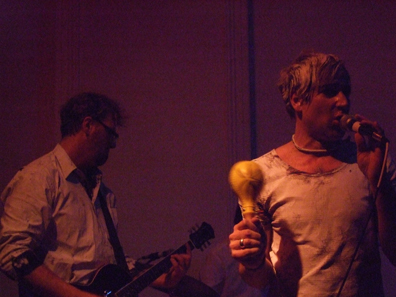 Soaking Up Jagged you can read more about here, if you haven’t already. They waltzed out covered in white paint and partied like it was 1997.

I'm not sure how to describe Vancouver band Sex Negatives. They sounded anywhere from glam to hardcore to psychedelic to noisy, their singer weaved in and out through the crowd, and just like that, then they were gone. 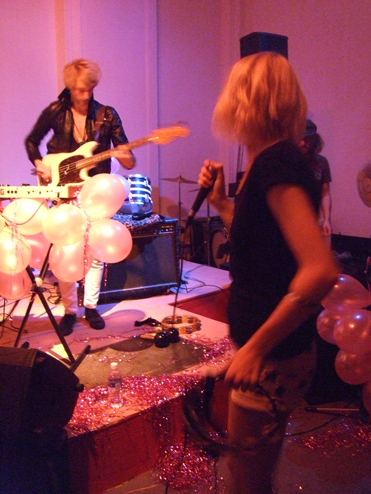 Fellow Vancouverites Cosmetics wowed the crowd with their minimalist space disco music and sharp attire. The last time I saw that many pink balloons was at a Run for the Cure. They stylishly tapped their toes and bass and tambourines, letting loose a flow of sparkles and disco energy over the audience, many of who were left clamouring for more at 2:30 AM, excepting a notable contingent who were ready for bed by this point. 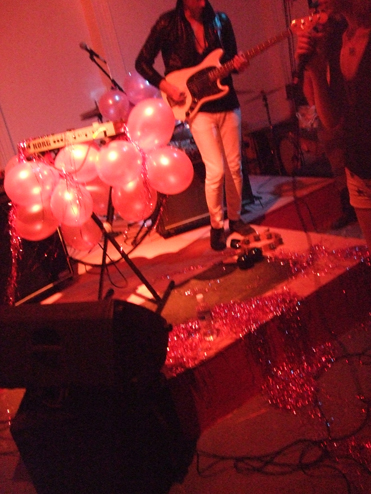 This afternoon is the Hard Light video screening at the Khyber from 3-5 PM, featuring videos from musicians in DD/MM/YYYY, Grand Trine and Noveller, as well as several ex-Haligonian NSCAD grads and a handful of others. If you’re looking for something more exciting than shoving your well-worn copy of Heavy Metal Parking Lot in the DVD player this afternoon, you’d do well to check out Winnipeg artist Leslie Supnet’s The Animated Heavy Metal Parking Lot, and the rest.

I’ll be back at the Khyber later tonight for the show I’m most excited about: Detroit’s Tyvek, who are going to convert Detroit’s major industry from cars to garage-rock bands; Black Feelings and Grand Trine, both of whom I’ve seen play awesome shows out of town earlier this year, and The Stolen Minks and The Ether, who both played killer sets the last time I saw either. It’s like they went into my head and picked out all my favourite bands I’ve heard this year and put them on one bill just for me—-and also for you!