Off the grid: Nova Scotians power down

Phillip Vannini documents those who can live without Nova Scotia Power. 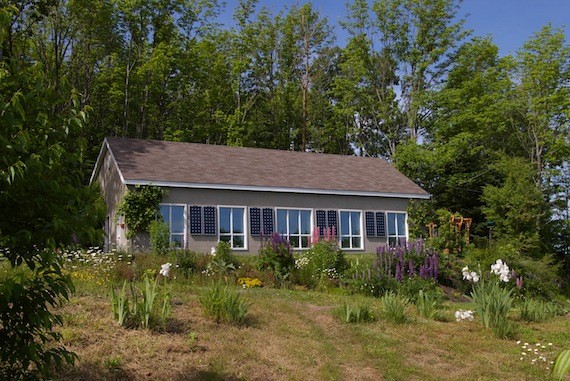 Two years ago, Phillip Vannini moved from the hustle-bustle city to out-of-the-way Gabriola Island on the left coast. It was his first exposure to the vagaries of well water, and it fostered in him an appreciation of the precious source of all life.

“I wondered what it was like to be self-sufficient on all resources,” Vannini says. The question brought him across Canada, visiting every province---Nova Scotia being his ninth stop---and territory to interview 141 households living off grid---including four in Nova Scotia---using their own power sources. He’s documenting it all at publicethnography.net, has just signed a book contract and is working with a filmmaker for a documentary on the subject.

Vannini has found interesting similarities and differences among his subjects. The homes range from a million-dollar mansion on a private island to a retrofitted bus. Choice of home has a much to do with land costs---cheap land in Nova Scotia makes off-grid living possible for people without much money. “One person bought land for $500 an acre in Nova Scotia, which is not possible in British Columbia,” he says.

For the most part, the decision to go off grid is usually more pragmatism than flower power. “People find property they want to build on, something remote, and call the utility for a connection to find the hookup bill is $50,000 or $500,000, and it makes more sense to get their own power,” he says.

But to maintain an off-the-grid house is work, and Vannini says few of his subjects are your typical two-income 9-5 homes. “Usually they have a business from home or work part time.”

The households tend to tackle the challenge of self-sufficiency with gusto, enjoying a multitude of benefits. “They value simplicity and being independent of corporations, free from traffic,” says Vannini. “They can live according to their own rhythms. And they have a sense of security. If something goes wrong with the grid they’re OK.”

In many cases households reduce their carbon footprints, although that can be undone in cases where families are dependent on gas generators and cars. These households live more in tune with what is naturally available from the earth, dependent on season and time of day, which leads to greater energy conservation.

He cites an unexpected example. Whereas many city kids play the Wii or PlayStation indiscriminately, or are kicked outside when the sun shines, solar babies have to get their fix during baseball weather.

Hans Albarda lives off grid near Wolfville, and says conservation is king in his household of four. He first cut the chord with the local utility in southern Ontario because he was “extremely poor and couldn’t afford power.” He started with a windmill but switched to solar for better reliability.

Albarda moved to Nova Scotia 13 years ago. “If I was still in Ontario I might do net metering and sell back to Nova Scotia Power, but they pay about an eighth the rate here,” he says. Vannini says that situation is unique to Nova Scotia in his research to date.

According to Vannini, energy sources vary by regional conditions. “On Gabriola there is not much snow so solar and micro-hydro work well,” he says.

Regardless of the means, he says folks living off grid are showing another way to live. “Their homes are experimental labs for the future,” he says. “They are skilled, competent, secure, comfortable and happy.”