Offshore drilling a recipe for disaster 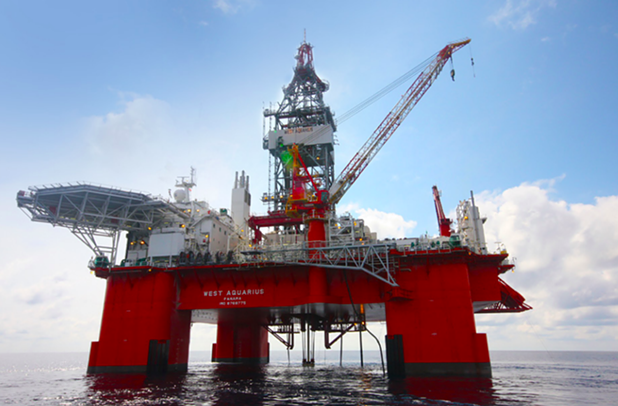 Robert Bea is a professor emeritus at the Center for Catastrophic Risk Management at the University of California Berkeley. He has five decades experience in engineering and management of design, construction, maintenance, operation and marine systems including offshore platforms, pipelines and floating facilities. He was also one of several experts to provide analysis at Australian Parliamentary hearings that ultimately required BP to implement further measures to reduce the risks of its proposed offshore drilling. BP chose to withdraw its proposal.

Lately, he’s been sounding the alarm about BP Canada’s offshore drilling plans in Nova Scotia’s waters. Bea spoke with The Coast about why the risk of a catastrophic blowout has been so severely underestimated.

THE COAST: Can you explain why you believe BP has underestimated the risk of an uncontrolled blowout?
BEA: The company turned to the industry database to identify an environment that is comparable to offshore Nova Scotia. I checked that database. It is accumulated data that gives a range of probabilities of an uncontrolled blowout. BP chose the lowest number that range. Here is a tendency I’ve seen for BP to be optimistic.

I had also obtained a document by BP called “Major Accident Risk Analysis.” It gives probability rates for blowout. The rates in this report were higher than what they gave publicly by a factor of 10 to 100. I only had access because of my court testimony after the Deepwater Horizon blowout in 2010. BP was forced to release 70 million pages of documentation.

The Canadian Environmental Assessment Agency (CEAA) has stated that “BP Canada’s proposed drilling project is not likely to cause significant adverse environmental effects.” You have called this assessment invalid. Why?
The environment used to determine the risks was the North Sea environment, which is not comparable to the proposed drilling area [50 kilometres from Sable Island]. The company will be drilling a high temperature, high-pressure environment. BP has said that blowout is “not likely.” That’s a very squishy term.

And the regulatory bodies are not the same. In the UK you have the Health and Safety Executive, which has a requirement for the operator that risks are “as low as reasonably practicable”—ALARP. They use numbers-based analysis and the numbers have to be corroborated. HSE does the first level of corroboration and then has an independent verification done. The North Sea community countries, like Norway and the Netherlands, have adopted cradle-to-grave regulations and guidelines for risk management, monitoring things from the proposal until it’s finished.

The CEAA regulations are piecemeal. Who will Canada have watching BP? The answer is not defined.

The people of the CEAA are good, honest people. And they have, along with the Canada-Nova Scotia Offshore Petroleum Board, issued draft guidelines that require of ALARP risks. But they don’t have the experience in risk-based management, and they never questioned BP on the likelihood and consequences of an uncontrolled blowout.

The Minerals Management Service in the US behaved similarly before the Deep Horizon blowout. The guidelines are like a recipe for baking cookies, step-by-step. But the conditions are different. Rather than a blowout producing hundreds of barrels of oil per day, BP has estimated it would produce more than 20,000 barrels per day. The risk is much higher than the referenced conditions.

How significant is the risk of here? What kind of environmental and economic consequences would there be for Nova Scotia and Canada?
In all, due to excessive optimism and cherry picking of data, the risk is 10 to 100 times higher than what BP is reporting.

Going by BP’s own figures, the rates of oil produced will be between 24,000 and 36,000 barrels per day. We don’t have figures for methane leakage which also causes major damage.

BP has estimated it would take between 30 and 165 days to stop a blowout. It’s very optimistic because the technology has to be brought in from Norway or the United States. The associated cost, according to the US Environmental Protection Agency, is between $5,000 and $40,000 US dollars per barrel . So the total cost would be between $4 billion and $120 billion US dollars.

What BP has proposed and the CEAA has approved is in what you’d call the “Not Safe” space—there is a high annual likelihood of failure and high consequences.

What have you learned from your experiences that might help Canada prevent or mitigate the risk?
In there were three environmental groups raising holy hell. It’s a matter of putting pressure on the Canadian government. You’ve got the knowledge of how things are done in other jurisdictions. Use this knowledge to achieve risks that are as low as reasonably practicable.