Old and Weird is new and awesome

This maturing quartet of indie rockers is getting down to business. 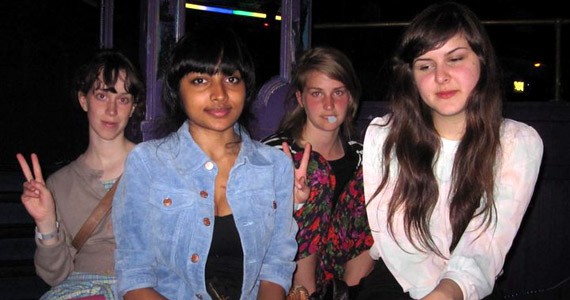 Old and Weird could have been The Pen15 Club, The Wormers or Dessert Cereal. But instead, after toiling over the task of picking a name they arrived on one rather organically, and it just stuck. "One of us was telling a story about a person at a show who was old and weird and it was a really cliche moment where we all repeated it at the same time," says Danika Vandersteen, one-fourth of the band. Hannah Guinan, Allison Higgins and Coast contributor Sandi Rankaduwa make up the rest of the Old and Weird equation and their quirky indie-rock sound, though still developing, has been compared to the likes of Eric's Trip. "It's kind of a big thing to think about, what it means to be a girl band. We'd like to make good songs mostly," says Vandersteen. And it seems they're on the right track. They've only been making music together since January and have already been in the studio with Dave Ewenson and Andy March, who recently recorded two of their tracks for his Craft Singles project.