Dalhousie and NSCAD celebrate historic birthdays, and look to the past to figure out their future. 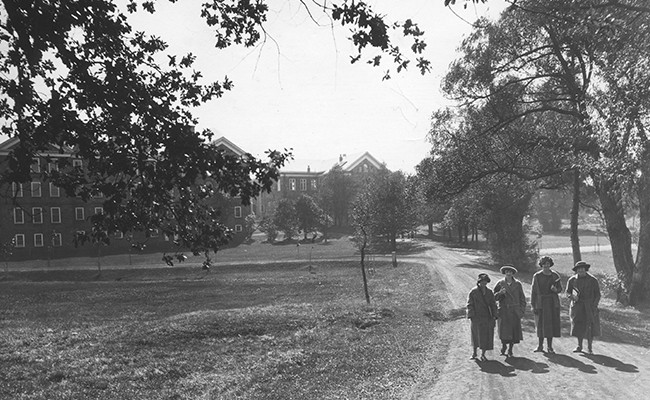 On the wall in NSCAD president Dianne Taylor-Gearing's office, a scrawled font with steep pitches and valleys repeats, "I will not make boring art." As the school's 130th anniversary looms closer than the oversized text, the scene feels rife with accidental symbolism: How can such a venerable institution ensure it doesn't lose its edge?

"We're very positive about the future and we're in a very strong position for a long, sustainable future," Taylor-Gearing says.

Buoyed by the successful weathering of NSCAD's recent storms of financial and enrolment worry, she says the school has plans to build a new, fully-accessible campus surrounding the existing Port campus. The transition from the current, historically rich Fountain campus on Granville Street has already begun. "We put a date: 2019. As charming as the historic properties are, they're just not accessible," Taylor-Gearing adds.

Additional talk of an Indigenous gallery space opening on the Port campus this October show an eye on the horizon—and that maybe, finally, one of Canada's last art schools can finally exhale.

But of course, NSCAD isn't the only school in Halifax blowing out candles on the cake this year. Dalhousie University is celebrating its 200th anniversary in 2017.

And, as NSCAD looks forward, Dalhousie seems eager to reconsider the problematic points of its past. The school is looking to replace its ceremonial mace (a symbol used in its graduation ceremonies, but also associated with colonialism)—though as of yet it hasn't received an up-to-par submission, despite two open calls.

As well, the legacy of founder George Ramsay, the ninth Earl Dalhousie, remains complicated. While he proclaimed Dalhousie was to be a "college for all," it didn't accept women until 1881, and documents recording his racist thoughts on Black people have caused the school to do some much-needed reflecting. A panel formed in 2016 on how to balance such a legacy will share its findings at the end of December.

"All universities face questions like changing demographics and enrolment. With these changes, we have to be extra thoughtful about how the university can accommodate change without destroying its riches and strengths," says doctor Roberta Barker, an associate professor at the university's School of Performing Arts.

To her, the future of Dal includes more program options allowing students to collect credits across university lines—like in the case of the school's film minor, which allows courses from NSCAD, Saint Mary's and King's.

You have to balance honouring a legacy with moving forward, Taylor-Gearing says, speaking of the move to NSCAD's Port campus. But the thought holds for both institutions. She adds students aren't concerned about the Fountain campus' shuttering being a loss to the school's identity.

Throughout the years, NSCAD has "evolved and changed," she says, "but there's a real creative community here and when you're in it, you feel it."

Barker mirrors the same thought. "Every student of Dal has memories of professors and such. For me, Dalhousie's legacy is about the many generations of students." 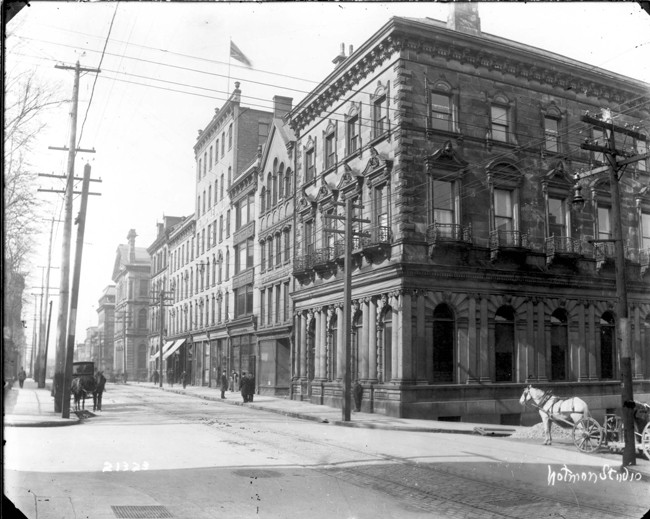