On Monday, you can see Prince's Purple Rain in theatres 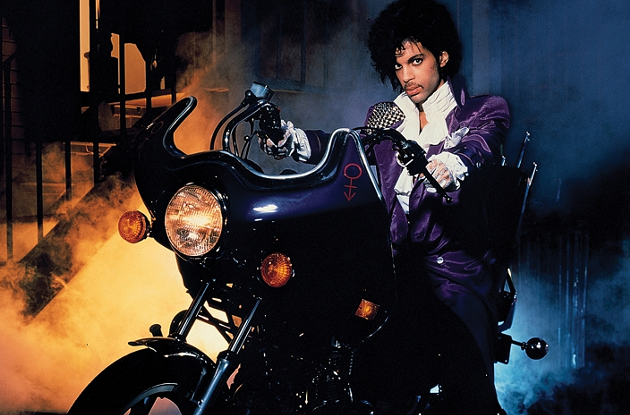 On Monday, May 2, Cineplex Cinemas Park Lane will screen Prince's 1984 rock-musical Purple Rain for one-night-only to honour the recent death of the pop-music royal. Tickets are now on sale for $6.99, with $1.00 of every ticket donated to MusiCounts, Canada's music education charity via The Canadian Academy of Recording Arts and Sciences (CARAS).

The 1-hour and 50-minute drama marked Prince's acting debut, and his first album with Prince and the Revolution. The soundtrack won an Oscar for Best Original Score the year of the film's release, and the album—his sixth record at the time—has sold over 22 million copies worldwide. The synopsis: "A young musician, tormented by an abusive situation at home, must contend with a rival singer, a burgeoning romance, and his own dissatisfied band, as his star begins to rise."