On the phone with clean harbour champion Bruce Cooke, District 11

“I'm a big believer that one person—and I've proven it—can make a big difference and they can make changes.” 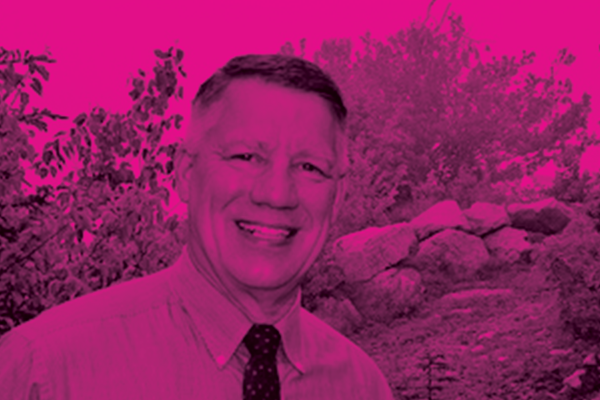 Bruce Cooke moved to Herring Cove in 1994, building a house there to raise his family, and early on he realized that he wanted to help the community. Walking along the coast one day, he discovered how the city dealt with its sewage: dumping the raw outflow from thousands of toilets straight into the harbour. “I said to myself, this is crazy,” Cooke remembers. “It's not good for the environment. It's not good for anyone.”

He started going door to door, asking for residents' support to build a sewage treatment plant. After 10 long years of lobbying and pleading with the city, his prayers were answered when the city committed to building three treatment plants. Five years later, the last of the three plants—the Herring Cove one—opened, and for the first time since Halifax’s founding in 1749, the city wasn’t dumping raw sewage every day.

“That was the first thing that really fired me up,” Cooke says. Now he sees it as a natural step to run for council for District 11 (Spryfield–Sambro Loop–Prospect Road).

Since that first community project, Cooke has continued to be an active volunteer in the community, coaching hundreds of kids in the district through school and community sports, something he's passionate about. “I want to continue to promote a safe environment for this generation and the next generation to come,” he says.

Cooke prides himself on being a parent, raising four children, all currently with postsecondary degrees. He says being able to raise successful children is a skill in itself that makes him a good candidate.

In terms of campaign concerns, Cooke is passionate about getting everyone in HRM family doctors. “I would like the council to establish a committee,” he says. “I think we can do some things to attract physicians to HRM, because our whole health care system doesn't work unless people have a family physician.”

Cooke is also concerned about taxation. “I think the taxes are quite high and I would vote against any new tax increase,” he says. “Quite frankly I'd like to see if we can roll taxes back a bit.” He’s also in favour of any environmental legislation.

Cooke says he’s ready to make changes in the community, and that he's done it before so he'll do it again. “I'm a big believer that one person—and I've proven it—can make a big difference and they can make changes.”