On the phone with community advocate Andrew Curran, District 10

After losing by 35 votes last election, one issue is making Curran run again. 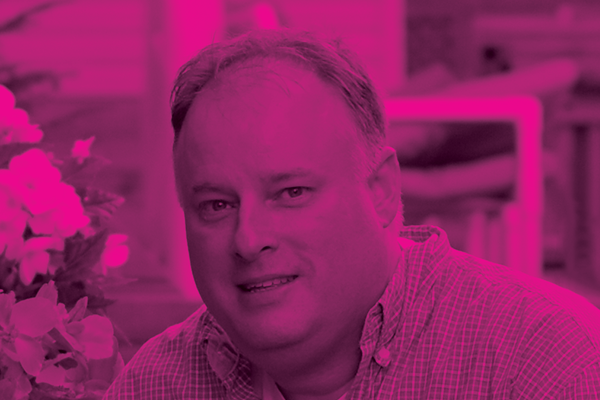 Five years ago, Andrew Curran was taking his dog for a walk when he met a senior whose husband had died just a few months earlier. Because she did not have many friends, she spent her time talking to dog walkers and watering her lawn. “After I spoke with her, she had moved away because she didn’t know anybody here that she could engage with,” he says. “We don’t have a seniors’ club in all of District 10.”

That encounter inspired Curran to run for council in the 2016 election, so he could do something to help people like the woman who moved away. He ended up losing to incumbent councillor Russell Walker by just 35 votes. But he hasn’t given up.

This election year, Walker is not running; District 10 (Halifax–Bedford Basin West) will have a new councillor. And Curran is aiming to be it because he still wants to bring back affordable recreational programming for seniors. “I believe in these concerns. I believe I can do something to help the community.”

Curran, who’s also a father of three girls, says his younger two children are missing out on what it means to have a community space where they can participate in activities. That’s a stark contrast to the experience his first daughter enjoyed at community centres many years ago. He thinks the district can benefit from inter-generational programming. “Where youths can do programs with seniors and they help build a good sense of community.”

Curran has a variety of volunteer commitments, including serving as vice-chair of both the Fairview Community Association and the Mainland North Joint Emergency Management Team. “My heart is in community,” he says. “I’m doing this because I love community and I care about our community.”

Other municipal issues Curran cares about are speeding, affordable housing and transit. He wants to connect the bits and pieces of bike lanes that have already been built around the city—“There’s no sense in having a bicycle lane that ends and then starts up again”—and he believes the bus rapid transit system would help solve Halifax’s traffic issues: “With that, you’re going to see many more people take the bus.”

If elected, he’d also work toward eliminating racism from the city. “My two youngest daughters, they are Black, and I don’t want them to have to go through what many people of colour are going through right now.”