On the phone with diversity advocate Ambroise Matwawana, District 11

“A district that has diversity and inclusion has unity.” 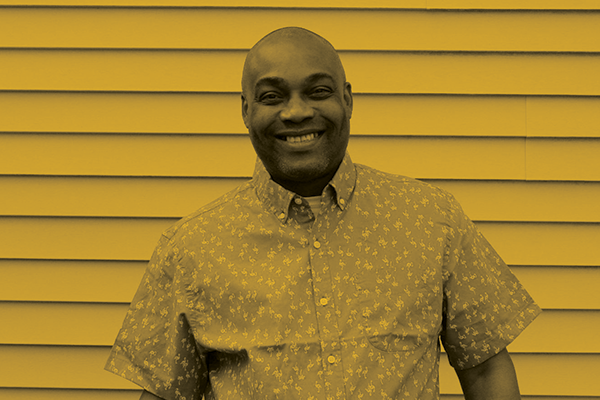 Ambroise Matwawana came to Canada as a child 40 years ago, from the Democractic Republic of Congo. He watched his parents work hard and pave their own way in the community, never giving up—a sense of resilience that has inspired him throughout his life and continues to do so even now as he runs for District 11 (Spryfield–Sambro Loop–Prospect Road) councillor.

Matwawana, 57 and currently working in the private security sector, moved to the district 10 years ago and made himself at home. But he says one of the main reasons he decided to run for council is that so many residents don’t feel like they’re involved in the community. “A lot of them never voted because they never felt a part of it,” he says.

Matwawana says there are a number of issues he wants to address, starting with “responsible redevelopment.” He wants to limit developments that could end up harming the district, such as putting a highrise apartment in the middle of the community where it is unnecessary. “I want to be able to find ways to control that more,” he says.

Additionally, Matwawana says traffic and transit in the district have major issues. “Spryfield and all these other areas are growing, so the traffic is all clogged. I’m hoping we can find pragmatic solutions to really, really look into how can we find other means of moving people around without everybody driving,”

And although city concerns like infrastructure and affordable housing are important to Matwawana, it’s also important to him that diversity be at the forefront. “Making people a part of the decision-making process is a good thing,” he says. “A district that has diversity and inclusion has unity.”

In addition to offering a diverse perspective by virtue of being a Black, bilingual immigrant, Matwawana says he brings leadership skills to the table, gained from coaching soccer at high school and collegiate levels—skills he says help bring people together to achieve one common goal. Matwawana’s also concerned about the largeness of the police budget, and the lack of consistent training and diversity which permeates the force. “I think the budget, some of the money could be diverted to better training, better diversity awareness and better mental health training.”

Matwawana says once he gets in office, he’s ready to find ways to increase community involvement, and not just in terms of municipal politics. He would like to see more cultural events in his district so everyone feels welcomed and included.

“When people start to feel a part of the community, they'll start voting. It’s all connected.”