Our sad, shameless attempts to try and impress Chelsea Peretti

It took approximately 10 seconds for a tweet to turn Nova Scotians into parodies of themselves. 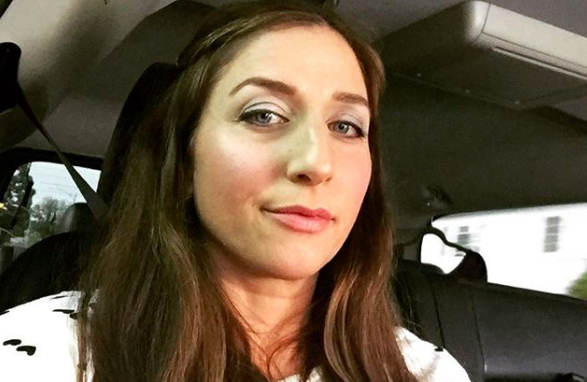 It makes sense that Matt Whitman would want to get Chelsea Peretti to hang out with him. When Peretti tweeted that she was going to be in Nova Scotia, Whitman offered to be her tour guide for his district. Whatever you think of the councillor, he never gives up an opportunity to be visible.

But Whitman chiding the Chronicle Herald for covering the excitement surrounding Peretti’s visit when he was first in line to beg to be in the presence of a celebrity was a characteristic lack of self-awareness.

Whitman’s offer to be Peretti’s tour guide for Peggy’s Cove was thirsty but on . Especially for a politician. Local media tried to arrange an interview, but at least it’s their job to do so.

The rest of you have no excuse.

When Peretti tweeted “CAN ANYONE HELP ME SHIP FROZEN BREASTMILK TO NOVA SCOTIA serious need to asap,” a tweetstorm brewed.

So many people offered to “help.” Some said they'd pick up a parcel of Peretti’s frozen breast milk from FedEx for her. Others offered their own milk or to drive their milk long distances to her.

King Of Donair replied, “We’ve got plenty of donair sauce if that helps.” I’m sure that Peretti thought, “Oh yes, the tangy meat funnel lubricant is the only sustenance other than milk that keeps my child healthy and happy.” For some reason, she did not actually tweet that. I’m sure she meant to. Somehow sadder than King Of Donair’s tweet were the few people that wondered aloud if the Trailer Park Boys had purchased the breastmilk.

It took approximately 10 seconds for this tweet to turn Nova Scotians into parodies of themselves. People in this province like to think of themselves as being warm, welcoming people. The dial got turned up to 11. We got too loud. We were too much.

The attempts to shout out things we’re famous for went from pride to a shameless attempt to try to prove to the cool person that, “We’re cool, too! No, really!”

Peretti also tweeted that she was stressed about her trip to Nova Scotia. It was deleted for what I think are obvious reasons.

DeCoutere then expressed sympathy for Peretti having to go on a long flight with her baby. This was a humble, understated vote of confidence in the goodness of Nova Scotia. It was followed by some genuine sympathy. It was kind and not thirsty. It’s the kind of reaction that gives Nova Scotia a good reputation.

The next time someone famous expresses interest in coming to this province, keep in mind Lucy DeCoutere’s example of how to interact with them.

If we keep saying things like, “Why? Is Julian making the big switch from rum and cokes to white ?” in response to someone asking a question about their breast milk, people aren’t going to want to come here.

And then we’ll be stuck with only ourselves.