Tamar Dina, Lukas Pearse and Cory Bowles invite participants to consider our relationship to the police. 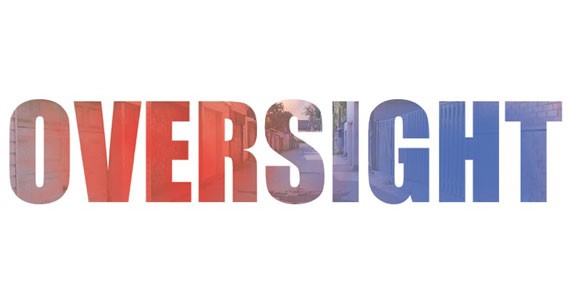 Dalhousie School of Architecture and Planning

Inspired by different activist movements, Oversight is an installation exploring our relationship, as citizens, to the police. The collaboration between the three artists started as a Centre For Art Tapes project (together with Lindsay Dobbin), now being adapted for the festival. Dina, Pearse and Bowles look at the way several major movements–Black Lives Matter, Idle No More, Sisters in Spirit (the campaign for missing and murdered Indigenous women), and I Believe Survivors—have criticized police reactions to their respective issues, and how people relate to the police as individuals.

The walk-in installation consists of four video screens showing different spaces—the home, the car, the street and an alley—and audio tracks of two fictionalized police encounters. All of those spaces invite different police responses, Dina says. "So for example, many people will tell a woman to be careful when she's walking home at night, but in truth, her home is the most dangerous place."