A frontline worker’s libido drop; guilt over a dying dad; discovering a kink. 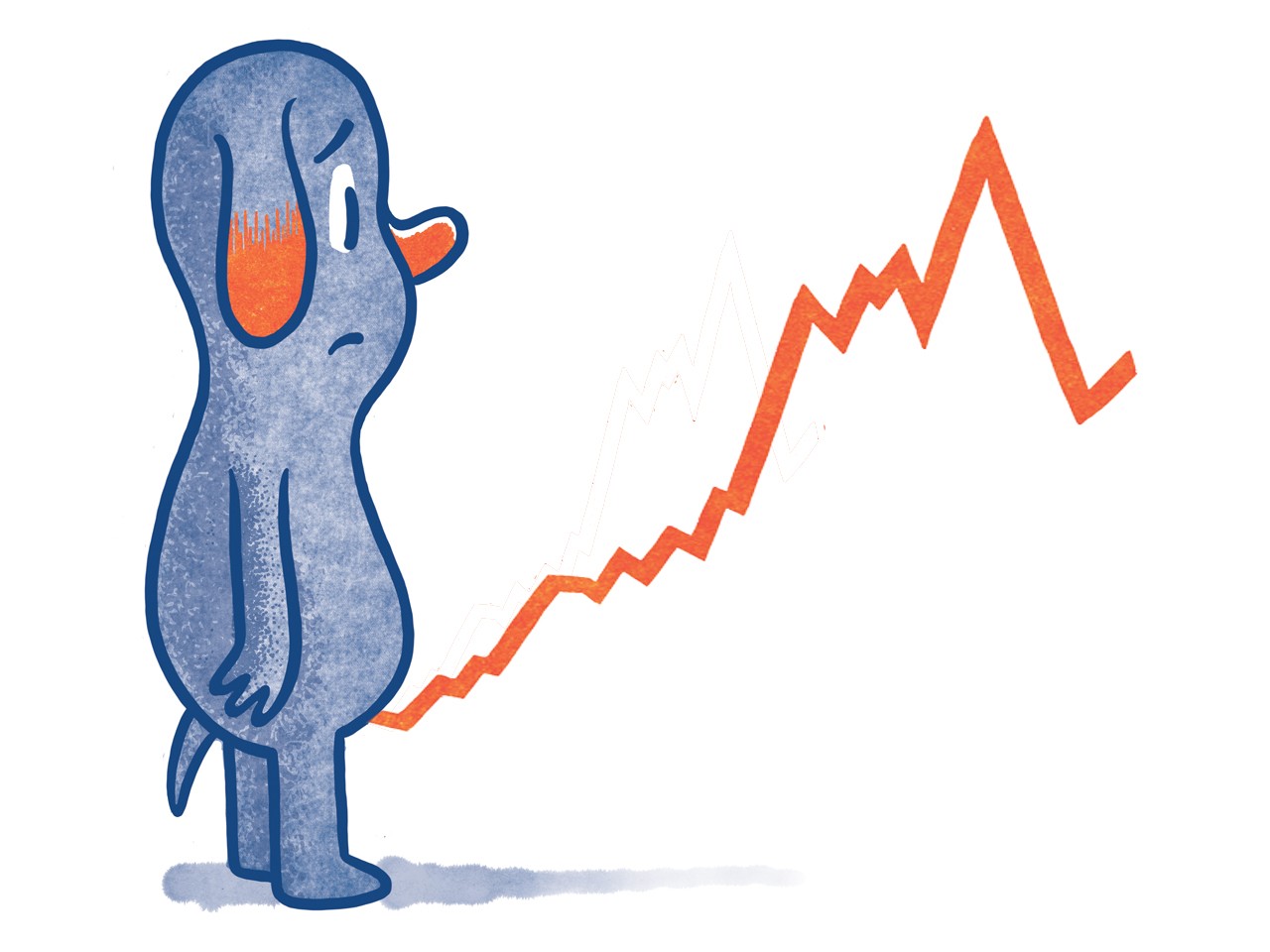 QI'm a gay guy living in New York in his late twenties. My boyfriend has really been emotionally impacted by the pandemic, having been a frontline worker. I think he is suffering from some mild depression or at the very least some intense anxiety, so I just want to preface this by saying I completely sympathize with what he's going through. Before the pandemic we had a really good sex life, but lately he hasn't been interested in sex at all besides a few assisted masturbation sessions. While I know that these aren't usual times, I can't help feeling rejected.

AAs much as I hate to give you an unsatisfactory answer—you aren’t satisfied with what you’re getting at home and you’re not going to be satisfied with what you get from me either—the only way to find out whether his loss of libido is entirely pandemic-related, TFR, is to wait out of the pandemic and see if your sexual connection doesn’t rebound and/or if opening up the relationship is the right move for you guys as a couple. But if you suspect the collapse of your boyfriend’s libido has more to do with what he’s witnessed and endured as a front-line worker than it has to do with you or your relationship, TFR, therapy will do him more good than sleeping with other guys or masturbating without you. Urge him to do that instead.

QMy dad is dying. He had a stroke two days ago and is in a coma with no brain function. My aunt (his sister) is trying to make me feel guilty for not travelling to see him. Even though I'm pregnant and high risk. I would have to take an airplane across the country and multiple public buses to see him. I would have to risk my baby's life to say goodbye to a man I love with all my heart. She insists that if I don’t, I didn’t love my dad. I'm heartbroken.

I keep calling his hospice and they set the phone next to his head so I can talk at him. He was so excited about my pregnancy and I know he would not want me to risk it. But now not only am I grieving my father, I feel guilty and selfish. Am I right to be angry? My aunt's brother is dying. She’s sad. Everyone is sad. But this is not the first time she has used guilt to try and control others in moments of trauma.
—Crying On My Abdomen

AThere has to be someone in your life who would be willing to step in and tell your aunt to go fuck herself. If there isn’t, COMA, send me your aunt’s phone and I’ll do it.

PS: I’m so sorry about your dad—who is already gone—and I’m sorry your kid won’t get to meet their grandfather. And you have every right to be furious with your aunt for giving you grief when you have all the grief you can handle right now. Don’t get on that plane. And if your aunt never speaks to you again, COMA, just think of all the guilt trips she won’t be able to drag along on in the future.

I am a 26-year-old heterosexual girl. After four years with my boyfriend (and with the pandemic on top of it), we started to experience sex issues. It is mainly from my side, I (almost) never get satisfaction out of sex. I’m always enthusiastic about having sex but I don’t feel “involved” and I could literally be solving math problems in my head while we have sex. As the situation is frustrating, I talked to him and suggested that more foreplay could help me stay engaged and enjoy the sex. He was puzzled by my “need for foreplay” to reach orgasm but committed to trying. However, after minimal initial effort, he stopped trying and the limited foreplay ceased.

Everyone requires a little foreplay, women require more than men do, it takes women longer to get off than it takes men (five minutes on average for men, 13 minutes on average for women) and very few women can climax from vaginal intercourse alone. Any straight guy who isn’t willing to do the work—provide the necessary foreplay and come through with the non-PIV stimulation or concurrent-with-PIV stimulation required to get a woman off—doesn’t deserve to have a girlfriend. DTMFA.

AWhere have you been? I predicted at the beginning of the pandemic—based on what we little we knew about transmission at the time—that we were entering a new golden age of glory holes. Two months later the New York City Health department was recommending “barriers, like walls, that allow sexual contact while preventing close face-to-face contact,” AKA glory holes—and that was the harm-reduction advice given by health professionals long before vaccines became available. Seeing as you’re vaccinated, your risks are going to be lower. But to play it safe: build your own glory hole, invite a guy over, tell him to keep his mask on and avoid close face-to-face by staying on your knees on the other side of that barrier.

QI wanted to second something you wrote about kinks last week. You said—I’m paraphrasing here—that kinks are hard-wired but some people do manage to acquire them. My husband is into rope bondage. I gave it a try a couple of times at the very start of our relationship, and for whatever reason being tied up didn’t work for me. We had great vanilla sex and he had a small stable of bondage boys on the side. A few months after the lockdowns began, he started to worry about getting rusty. I offered to let him practice on me.

I don’t know what changed, Dan, but when he tied me up for the first time in a decade, I was so turned on! At first I thought it was the pot edible, but we’ve done it a bunch of times since, times when I wasn’t high, and I’ve enjoyed it just as much or more. Now I’m the one pestering him to go get the ropes. I somehow acquired his kink and he couldn’t be happier!
—Restrictions Of Pandemic Enables Development
PS: I would’ve called in to share our “pandemic sex success story” for your podcast, but my mom and both sisters all listen to the show and they really don’t need to know.

Thanks for sharing, ROPED!