Panti Bliss and the man behind her, Rory O’Neill, brings gender discombobulation, solid politics and impossibly high heels to SMU 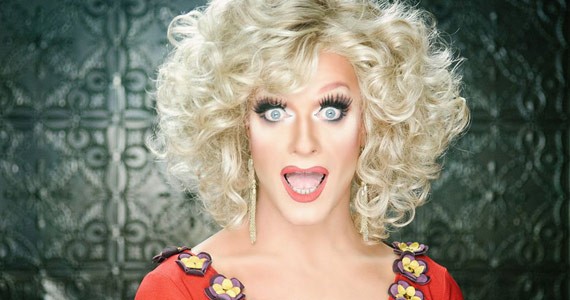 Anybody who follows Dan Savage, or happens to read Irish news, has probably heard of a recent controversy surrounding Dublin drag queen Panti Bliss. Back in January, Rory O'Neill, the man behind the drag alter ego, was on an Irish talk show when some people took offense to him calling out a few Irish public figures for being homophobic.

"The controversy came out of nowhere," says O'Neill. "I was invited on the show, which is a mostly light entertainment talk show, to perform in drag, and then afterwards be interviewed as Rory. The plan was for it to be a personal interview, touching on growing up gay in small town Ireland, my work---but a discussion of homophobia was not anticipated. It just came up naturally in the course of the interview."

Following the naming of names, the television network paid out a settlement of €85,000, hoping the matter would go away. Quite the opposite happened. A video of O'Neill as Panti giving a moving speech on homophobia and oppression at Dublin's Abbey Theatre went viral, and now a critical eye is on the recent questionable conduct of Ireland's national media, RTÉ.

All of this is leading up to next year's referendum in Ireland on gay marriage. "Ireland already has civil partnership for gay couples," O'Neill explains, "but a referendum on full civil marriage is planned for the second half of next year." This issue, however, hadn't been receiving much media attention before his controversial talk-show appearance. "It sparked a number of discussions that Ireland needed to have---about the nature of homophobia, about how LGBT people are treated here, and issues of free speech, about whose views are represented in the national media and on the national broadcaster, and about how the referendum campaign will be covered."

O'Neill is hopeful about the outcome of the referendum, but acknowledges that no victory will be without its challenges. "According to every poll, support for same sex marriage is in the high 70 percent," he says. "However, this is probably a fairly soft support and as the campaign ratchets up before the referendum it is likely to become much tighter as opponents of same sex marriage stoke fears around adoption. I am reasonably confident that the referendum will pass---but not without a lot of hard work.

"Sadly I am sure that the campaign will become very nasty as conservative and ultra religious forces attempt to stoke fears and misrepresent the gay community, but I certainly hope that we will carry the day. Irish people are very comfortable with the civil partnerships that we have now and I believe the average Irish person also has an innate sense of fairness."

In the meantime, O'Neill is touring across Europe and North America speaking about homophobia in the Irish media, as well as what he calls gender discombobulation. "I have always found most of the terms for drag queens to be slightly lacking somehow," he says. "'Gender discombobulation' is a term I jokingly coined at one point but I actually think it does describe in a way one of the great powers of drag. It plays with ideas of gender and discombobulates or disturbs our easy, received notions of gender.

"I started doing drag in the late '80s when I was in art college in Dublin. I had spent a student summer in London and met and ran around with a famous and wonderful club performer/performance artist called Leigh Bowery, and his incredible work sparked an interest in me in club performance and transformation. I never really imagined then that it would become my lifelong career."