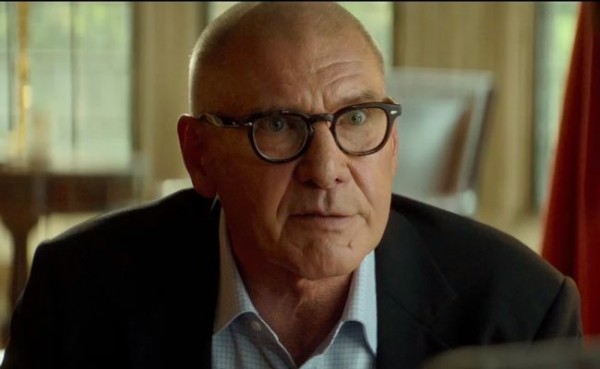 As blandly titled as it is directed, Paranoia is a techno-corporate thriller about the cut-throat world of smart phone apps and the men who look like Liam Hemsworth that make them. Hemsworth (brother of Thor, fiancé of Miley) stars mostly shirtless as a poor tech genius trying to climb the corporate ladder. Conflict is theoretically introduced when boss Gary Oldman blackmails him into going undercover to steal secrets from rival smart phone and social media genius, Harrison Ford. Amber Heard comes along for the ride as fussy business-class love interest. Oldman goes for broke as a bow tied Cockney gangster, while Ford tries on Lex Luthor by shaving his head. So, at least they're having fun. Meanwhile, neither the characters nor the plot is anywhere close to as smart as they think they are. Like Hemsworth's gussied-up spy, Paranoia looks nice but has no idea what it's doing.